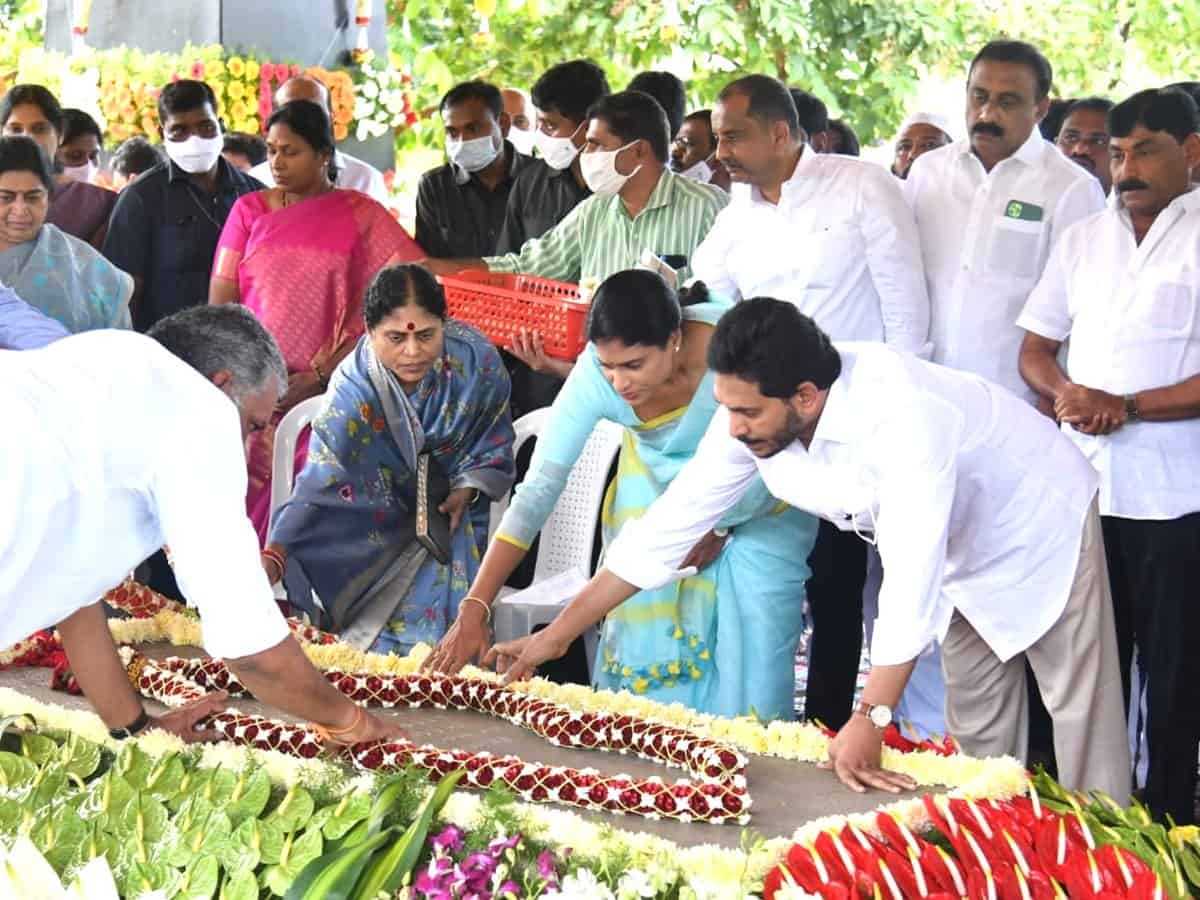 Ever since YS Sharmila stepped into politics and floated her own political party, there are reports that all is not well between her and her brother YS Jagan. In fact Sharmila did not meet Jagan even once from the time she announced her political entry.

So there was anticipation among the YSR fans, followers and even the YSRCP supporters, cadre when would the brother and sister confront each other? Initially there were reports that Sharmila may not attend the death anniversary memorial of YSR at Idupulapaya and even Vijayamma was also supposed to skip it because she had planned a memorial meeting later in the day in Hyderabad.

But to everyone’s surprise, Vijayamma and Sharmila were spotted at YSR ghat in Idupulapaya and Sharmila sat down next to Jagan during the prayer offering. This visual of Jagan and Sharmila has brought relief among the YSR fans and followers but the body language of the duo suggest that they are still not in talking terms.

Nonetheless, the brother and sister have paid rich tributes to their father, YSR who passed away on this day 12 years ago.