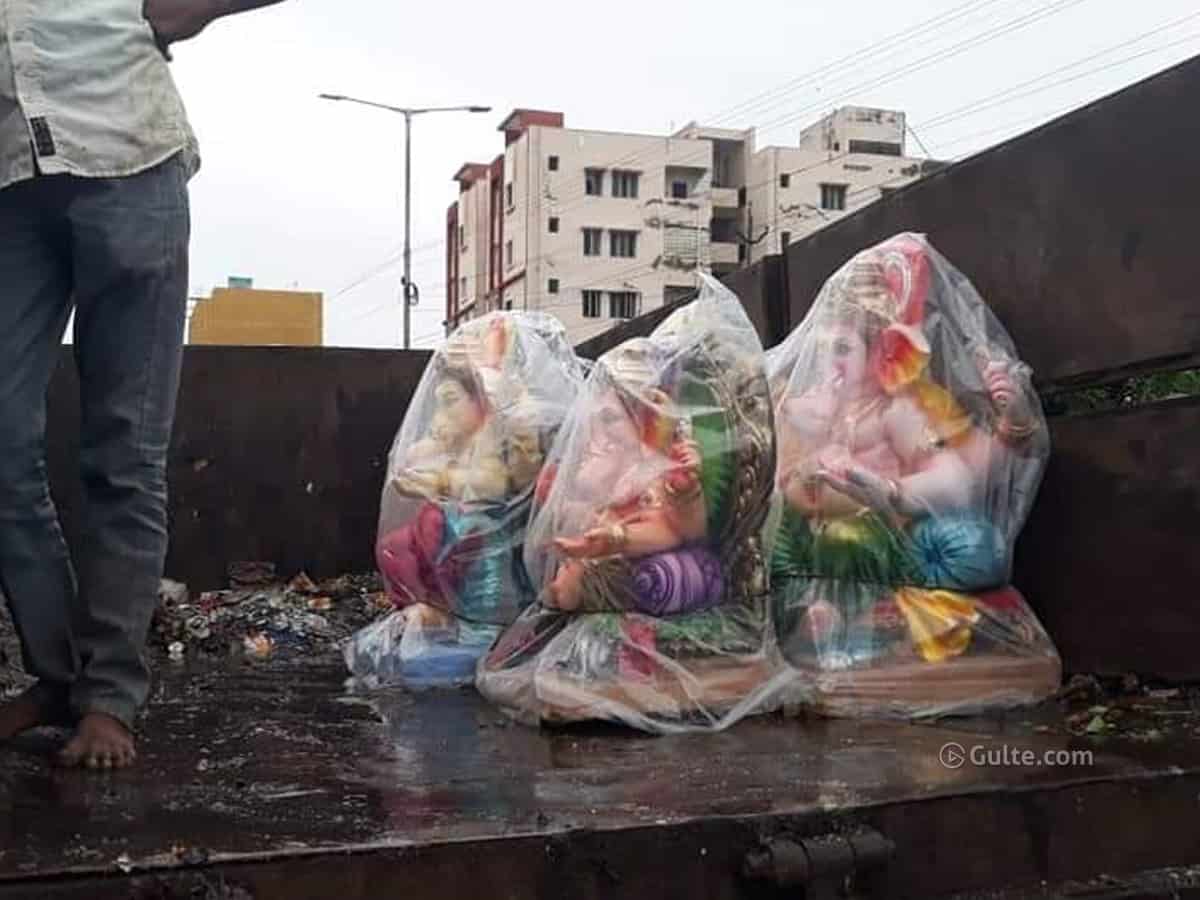 Adding fuel to the fire, an incident has caught everyone’s attention and even before the issue turns huge, the YCP government has done the damage control. Going into details, in Guntur, Ganesh idols were transported in a garbage van that belongs to the municipal authorities. A picture of the Ganesh idol in the garbage vehicle was shared on social media platforms and netizens are fuming over this.

But the YCP government was swift in reacting to this incident and ordered for an immediate probe. Learning that a sanitary inspector was responsible for this, the state government has suspended the inspector and was asked to report to the higher officials.

One or the other incident related to the Hindu festival or temples is haunting the YCP government. It needs to be more cautious in the coming days.