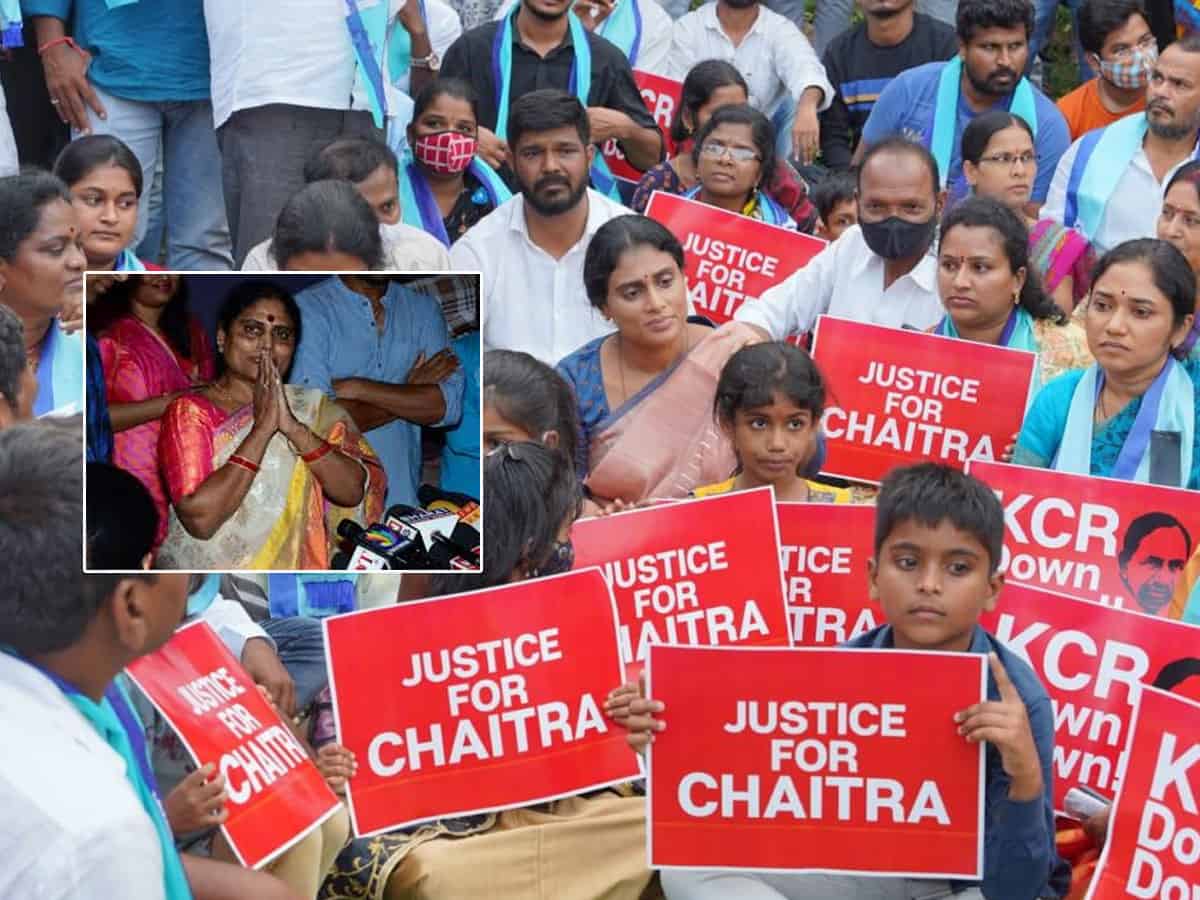 But Pawan was just confined to pacifying the victims of family members and then left the place quietly. Then came YS Sharmila along with her mother Vijayamma and a good number of supporters accompanied her. After meeting the victim’s family, Sharmila sat down on a protest at the spot and demanded immediate action from the state government.

YSRTP followers were seen holding placards against KCR and justice for Chaitra. They went on to raise slogans against the TRS government. Late in the night, Sharmila was detained by the police.

Well the main issue was turned into a political one by Sharmila and gang. This did not go down well with Pawan Kalyan fans and they trolled Sharmila for politicising the whole issue and taking advantage.

Some fans wrote on social media that it is shameful on part of Sharmila to gain some political mileage from a sensitive issue and a few added that such gimmicks do not work in mainstream politics.