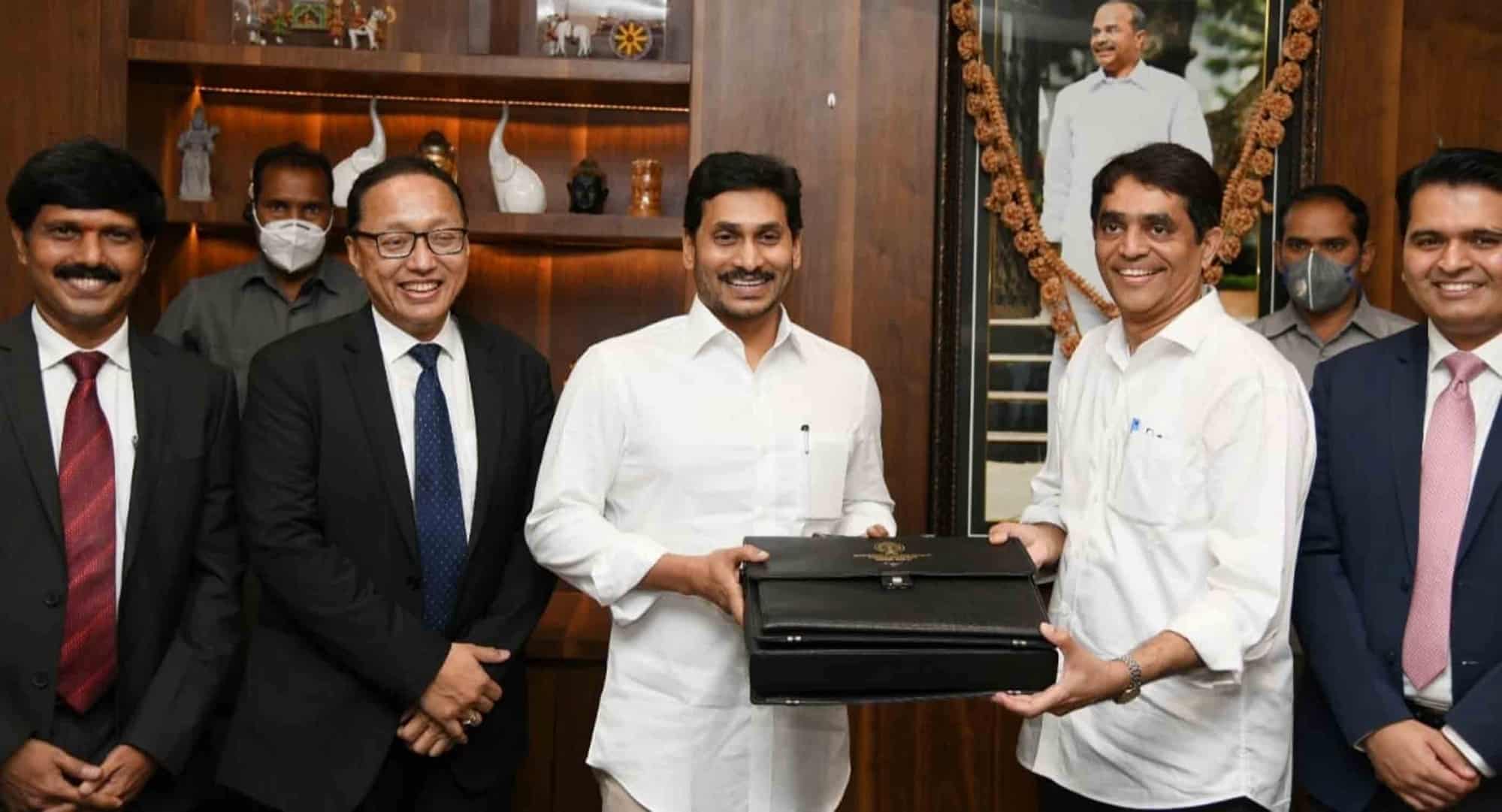 Amaravati: Andhra Pradesh Chief Minister YS Jagan Mohan Reddy and Finance Minister B. Rajendranath with the suitcase carrying Budget papers ahead of the presentation of the State Budget for 2020-21 in the State Legislative Assembly in Amaravati on June 16, 2020. Andhra Pradesh Legislature became the first state Assembly in the country to hold its sitting under the shadow of the COVID-19 pandemic as the Budget Session began on Tuesday amid unprecedented measures. (Photo: IANS)

Andhra Pradesh finance minister Buggana Rajendranath Reddy introduced the budget with an outlay of Rs 2,24,789 crore in the Assembly on the first day of the Budget session on Tuesday, which means there has been no hike when compared to last year. The revenue expenditure was pegged at Rs 1,80,392 crore while the capital expenditure was projected at Rs 44,396 crore.

Rajendranath Reddy read the Budget speech in Telugu and claimed that they had tried their maximum to ensure that the state’s economy was not hit due to the Covid-19 pandemic.

Overall, it could be said that the Budget focused on welfare schemes and programmes more compared to development as the former was given lion’s share in allocation of funds, even when the minister claimed that they had given importance to development of the state.

The finance minister said that the Budget was prepared with an aim to fulfil all the promises made by the YSR Congress party in its manifesto and said their government would proceed with the same commitment towards implementation of ‘Navaratnalu’ that will ensure welfare of the poor and down-trodden, this year too.

The minister said that the village volunteers and village secretariat system was a major concept the YSR Congress government has introduced as part of the decentralisation of powers to ensure development from the grass roots-level.

Meanwhile, the budgetary allocations to some schemes and departments have been deducted.

Before the session, as per the custom, Governor Biswabhusan Harichandan addressed both the houses online from Raj Bhavan in view of the Covid-19 threat. The Governor said that adequate measures were taken up by the AP government to check the spread of Covid-19 by testing more and giving proper treatment to those testing positive.

He said that the three-capital concept was introduced to achieve decentralisaiton of administration. As part of it, Vizag will be developed as the executive capital, Kurnool as the judicial capital and Amaravati as the legislative capital of Andhra Pradesh, he said. The Governor said the legal process for trifurcation of the capital has begun and asserted that the YSR Congress was committed to three capitals.

Over 3.98 crore people have benefited from various welfare schemes this year, the Governor said. The per capita income is up 12 per cent compared to last year, he claimed.

Many of the legislators wore face masks and were seated apart from each other observing the physical distancing protocol to prevent the spread of Covid-19.

However, Chief Minister Y.S. Jagan Mohan Reddy and a few of his Cabinet colleagues were seen without masks.