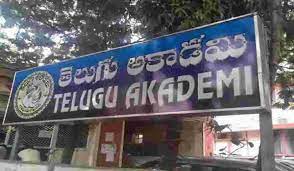 On the assets pertaining to Telugu Akademi, the Andhra Pradesh government has approached the Supreme Court with Telangana government being reluctant. On September 15th the Supreme Court directed both the Telugu state governments to settle the disputes within three months with consensus and added that it would take up the case if there was no consensus.

With the money gone missing, the Telugu Akademi has lodged a police complaint. The police questioned the UBI bank officials and they reportedly informed Telugu Akademi representatives had withdrawn the money.

“From last December to this year’s July, Telugu Akademi officers have deposited Rs 43 crore in instalments. In August a sum of Rs 11.37 crore and Rs 5.70 crore were withdrawn and were deposited in Cooperative banks and SBI branches respectively. Later the remaining Rs 26 crore were withdrawn by the Telugu Akademic officials. We have cross checked the related documents and handed over the money,” said a UBI bank official to the police.

The police suspect that the fake documents might have been produced to the bank authorities to withdraw the money but banks say that the documents were verified but the identity of the person who withdrew the money is yet to be traced.

A big mystery but more than a huge amount went missing and police definitely need to dig in details. Or is it a new scam??