Why Jagan Hesitating To Take Action on RRR? 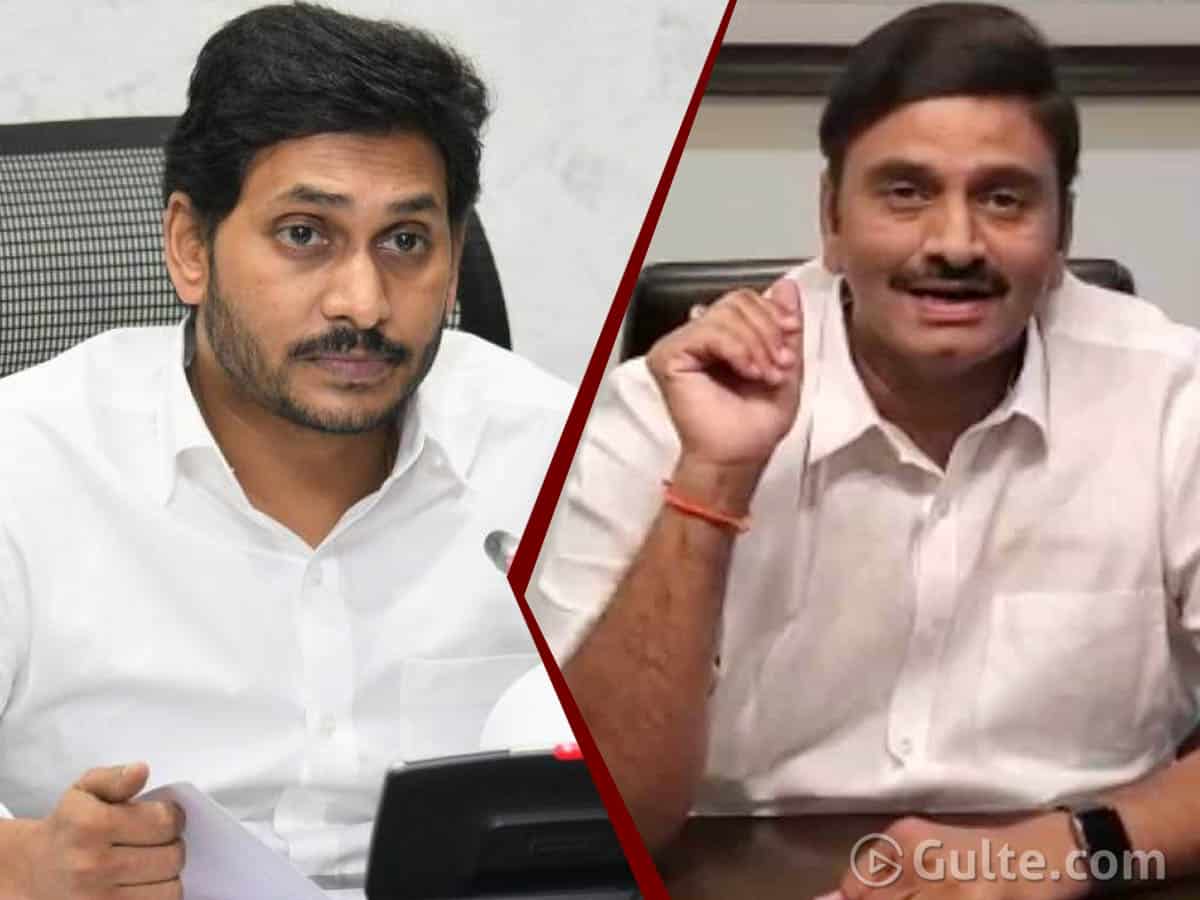 CM Jagan is known for his dynamic nature and devil-may-care attitude. He doesn’t mince his words or actions. He takes stern action against the leaders who defy him and his party.

However, in the issue of Naraspuram MP Raghu Ramakrishnam Raju, CM Jagan is going soft and slow. Raju, who made severe comments against party MLAs, hasn’t got any show-cause notice yet from YCP’s disciplinary committee.

Raghurama Krishnam Raju accused Karumuri Venkata Nageswara Rao of demanding bribes for lands and also alleged that hundreds of complaints have poured in against Karumuri Nageswara Rao. He said the party is forcing Grandhi Srinivas and Prasad Raju against him.

These remarks of Raghuram Krishnam Raju have become a hot topic in political and media circles. His corrupt allegations on his party MLAs have got more attention than opposition leaders’ allegations. This is not all.

Raju openly said only because of the blessings of BJP, he got the position of the Chairman of Legislative Committee In Parliament. He said he had got YCP’s ticket to contest for Lok Sabha and he won as MP with both his popularity and CM Jagan’s popularity. He said he can’t give credit to Jagan or YSRCP for his position of Chairman of Legislative Committee.

Here is the interesting speculation that is in circulation for the inaction or delay in action of YCP on Raghurama Raju. If the party takes stern action on Raju, this may invite the wrath of Raju community in Godavari districts where the community’s population is in considerable numbers.

Already, Kapu community voters which are equally in large numbers in the district have distanced from YSRCP. YCP too is fine with it as it wants the support of BCs. But if the Raju community also distances from the party, this would turn a big problem for the party in the coming days and the nearby elections.

This is the big challenge that could be worrying Jagan and YCP. Also if Raju gets suspended from the party, he would become close to ruling BJP at the Centre. So, YCP wouldn’t gain much by taking action on Raghurama Krishnam Raju.