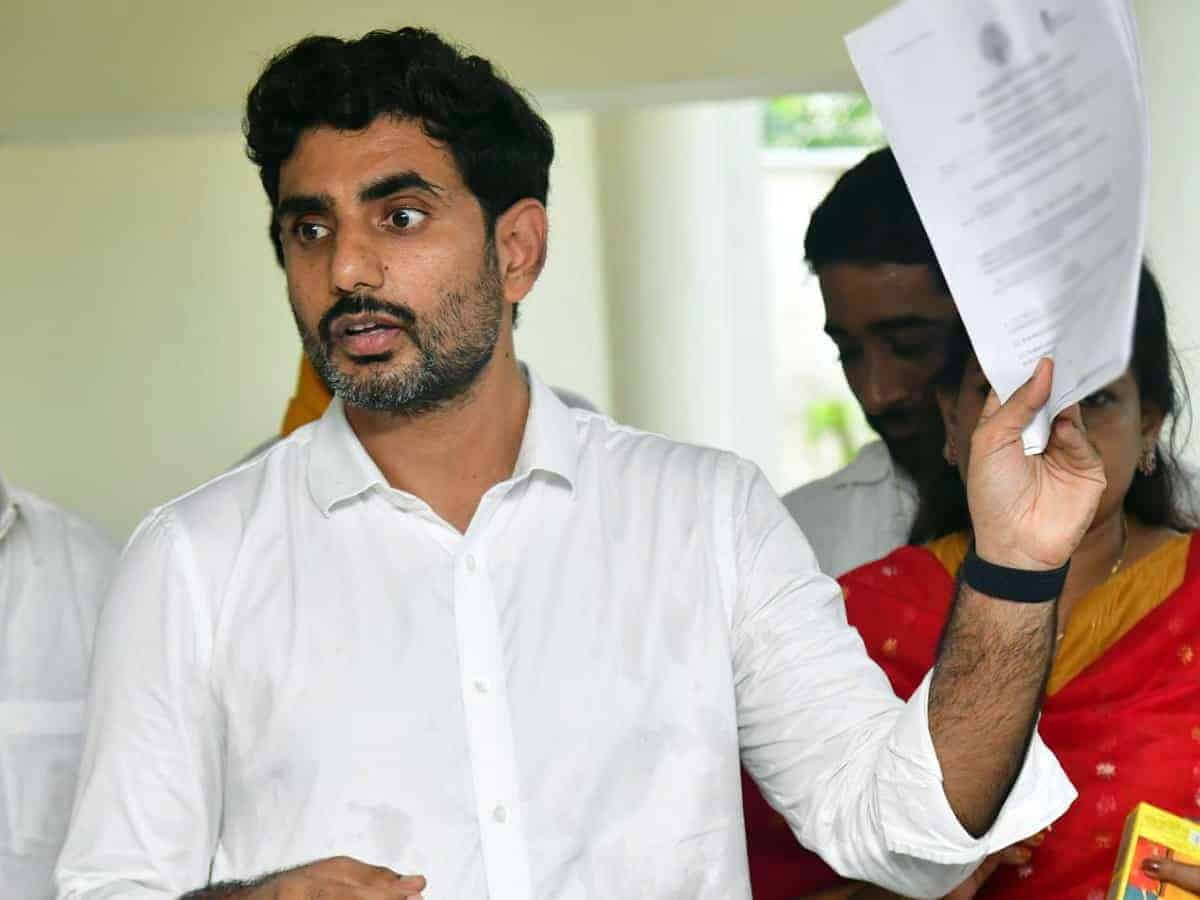 Earlier in the day an attempt murder case has been lodged against TDP MLC Nara Lokesh based on the complaint by Mangalagiri CI Nayak. Post the attack on TDP office, CI Nayak reached the spot for an inspection. During this Nayak claimed that he was attacked by Lokesh and a few more TDP leaders.

Reacting to this, Lokesh was shocked to see the FIR. “The FIR is completely useless. The FIR says CI reached the TDP office at 6:30 PM and me, with a few more leaders and followers, reportedly questioned him. But the fact is, I was not there at our party office at the time mentioned in the FIR,” said Lokesh.

Lokesh stated that he reached the party office at 8:30 PM and this means the FIR is absolutely fake. “This is the ninth such case against me and I don’t fear them at all,” added Lokesh.

The TDP leader criticised the AP Police department for being biased towards the ruling party. “Our employee was attacked and he sustained stitches on his head but no murder case was lodged against the YCP attackers. This is the credibility of the AP police,” said Lokesh.