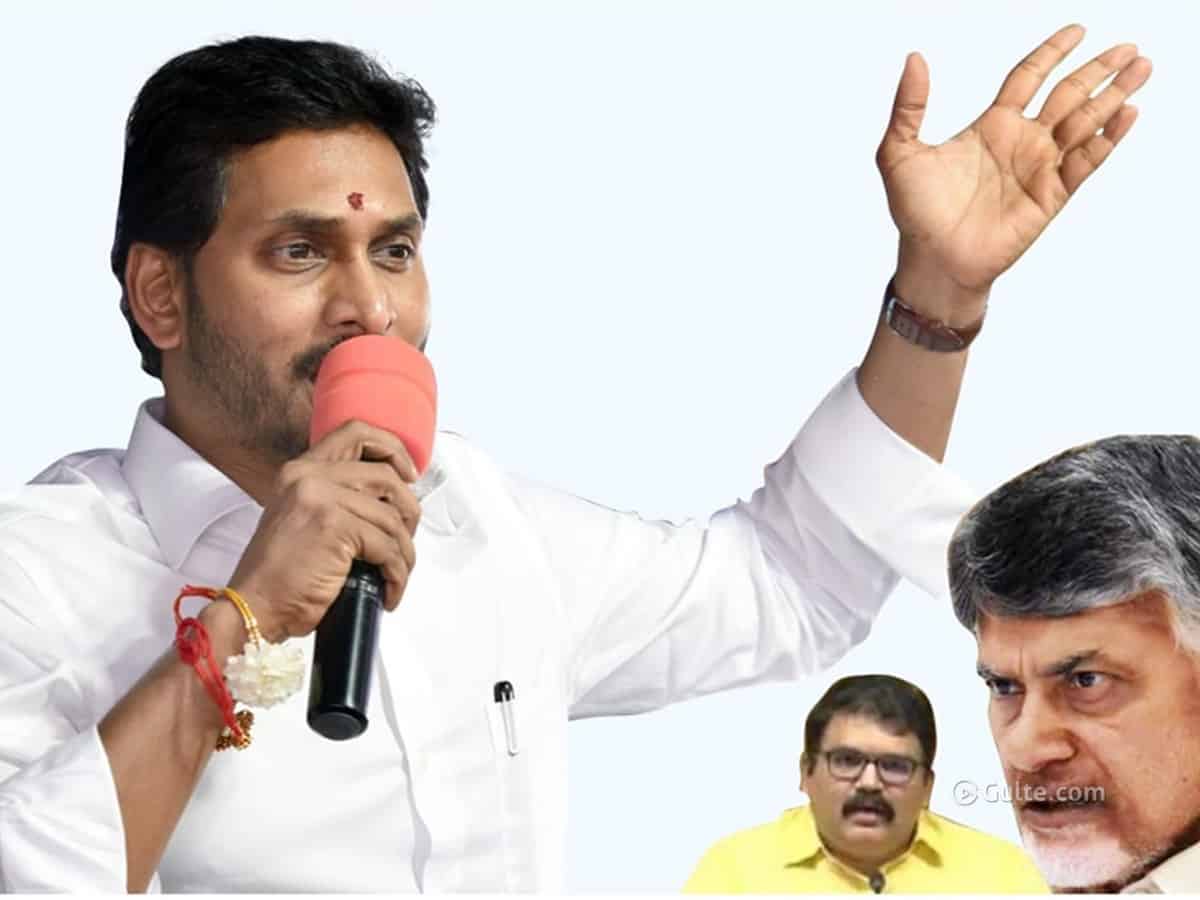 Chief Minister Y.S. Jagan Mohan Reddy seems to be much pained by the “Bhosadike” remark that he made a mention of it even in the official programme held in commemoration of police martyrs.

Jagan bemoaned that the situation in the state was pathetic as the Opposition leaders even badmouthed the Chief Minister as “Bhosadike” which means “l…. koduku”. He said that a chief minister is the constitutional head of the state and it was disgusting to hear the opposition leaders use such abusive language against both him and his mother.

Probably, the CM gave clarity about the meaning of the controversial remark in the wake of YCP rebel MP Raghu Ramakrishna Raju saying that “Bhosadike” just meant “Sir, are you well?” in Sanskrit.

He suggested that the opposition leaders should think if what they were doing is correct. By using abusive language against me, they are hurting the sentiments of my sympathisers which is triggering violence and is this all necessary, Jagan asked.

The Opposition leaders and the yellow media (TV channels supporting them) are not able to digest the fact that they are not in power and hence, trying to create unrest in the state by spreading lies. The yellow media is replete with false stories, false statements, false stories and debates on unnecessary topics, he said.

On the rampant smuggling of drugs, Jagan said that the Opposition leaders were not able to accept the reality that the electorate in the entire state is supporting the good governance of the YCP government and repeatedly giving mandate to it. So, they started this “Drugs Andhra Pradesh” campaign and had been spreading false information in the state just like Goebbel’s propaganda. They are not caring about the harm drugs can do to the youth in the state. They are not targeting just the CM and the YCP government but every family in the state, in the name of drug trafficking, he said and added that it was a heinous crime.

The Centre has given a clean chit to the YCP government after the DRI said that the ruling party leaders are not involved in the crime but the opposition leaders have been time and again levelling the same allegations against the YCP leaders, as part of a conspiracy, he said.

“The opposition party is only worried that it is not in power and that the YCP is gaining popularity. It is only this anxiety that is driving them crazy and act with ulterior motives.”

These statements would certainly leave the people in a confusion as to who is speaking the truth, ruling party or the opposition.