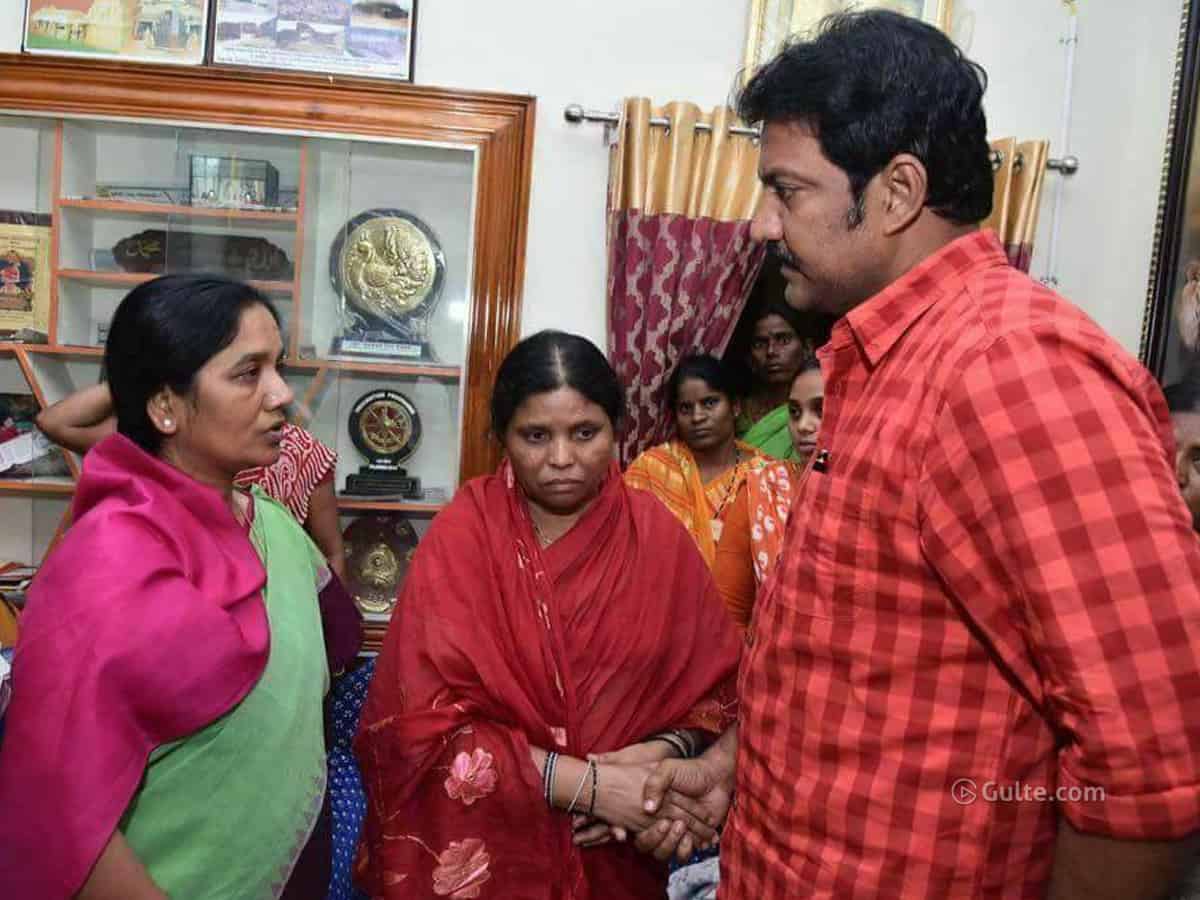 TDP rebel MLA Vallabhaneni Vamsi alleged that Chandrababu Naidu was the conspirator behind Paritala Ravindra’s murder. “Can Chandrababu swear on his grandson Devaansh that he was not responsible for Paritala’s murder?” questioned Vallabhaneni and dared the TDP chief to accept the challenge. Not just Paritala, Chandrababu is also liable for Kodela’s death.

These are sensational allegations from the Gannavaram MLA. Vallabhaneni made these comments in response to Paritala Sunitha’s statement who criticised Vamsi and Kodali for foul mouthing Chandrababu.

But Vallabhaneni went soft on Sunitha. “I still reckon her as my Vadina (Sister-in-Law) but she is reading the script of Chandrababu. This is what Chandrababu does to his opponents. He provokes others against his rivals and stays silent,” said Vallabhaneni.

Bringing in Telangana CM KCR into the picture, Vallabhaneni added, the same Chandrababu forced a few Telangana leaders to abuse KCR. “With KCR’s close aides, Chandrababu made them use slurs that he (KCR) is a drunkard and many allegations were forced by none other than Chandrababu. The same happened in Paritala Ravi’s case too. Payyavula Keshav, Prabhakar Chowdary and a few other leaders always targeted Paritala Ravi but it was Chandrababu who was behind them,” said Vallabhaneni.

On Paritala Sunitha’s comments on resigning to the MLA seat, Vamsi offered a blank paper. “I will be giving you (Sunitha) a blank paper with my signature. Please submit it to the Assembly Speaker and call for a by-election. Will Lokesh contest from here? Then I’m ready,” added Vamsi.

However, Vamsi maintained that Paritala family is still close to him but was surprised by Sunitha’s comments at Chandrababu’s protest. “I have no clue why she is angry upon me and Kodali but suspected that it was a foul game of Chandrababu,” wrapped up Vallabhaneni.

How will Paritala Sunitha react to these allegations? What Paritala followers would be thinking of this because Vallabhaneni is a true loyalist of Paritala when he was alive?