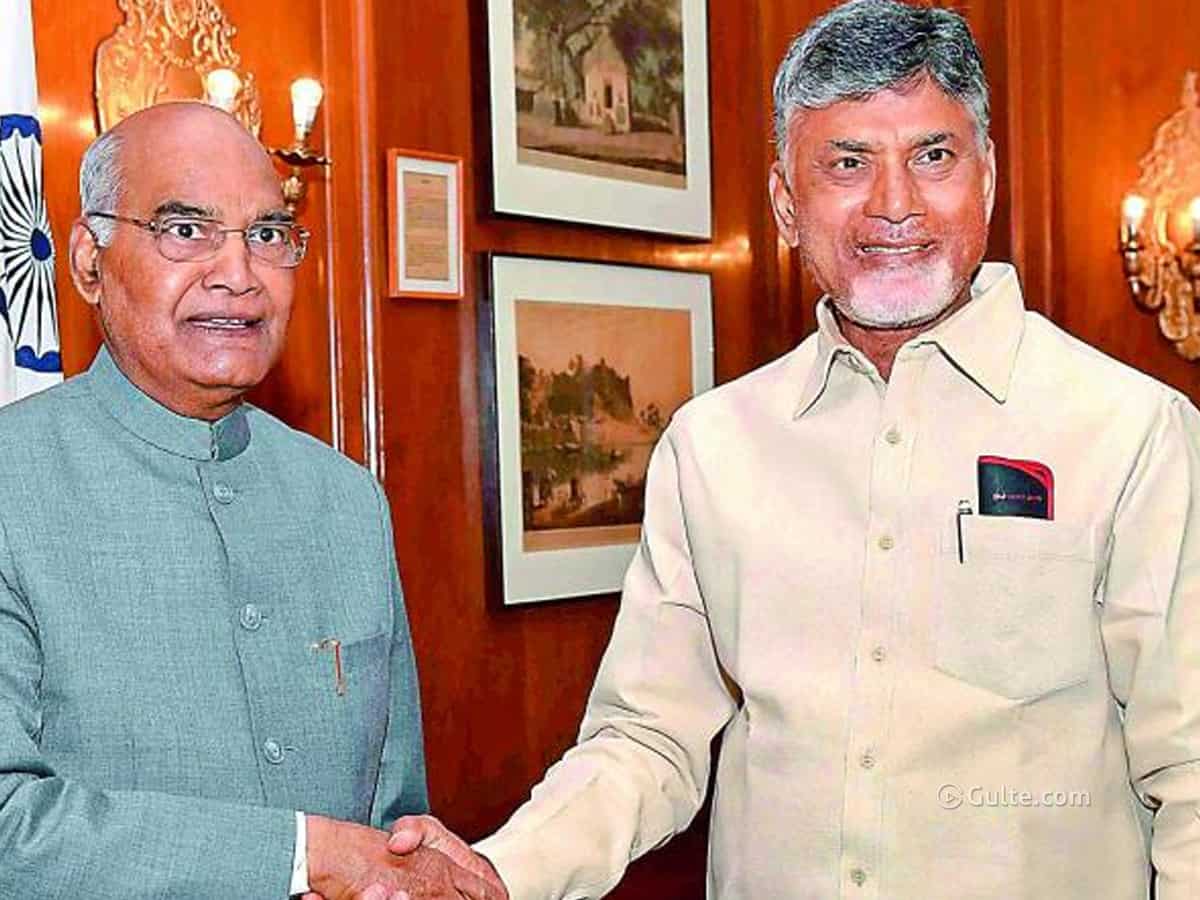 Opposition leader and former CM N. Chandrababu Naidu said that they have complained about the state-sponsored terrorism in Andhra Pradesh to President Ramnath Kovind.

This morning, Naidu and his party leaders reached Delhi and met Kovind to brief him about the pathetic situation in the state. He said that they had told the President about the uncontrolled drug trafficking in the state. We also informed him that the ruling party leaders were involved in liquor manufacturing and sale in the state. Liquor brands that are found nowhere in the country or across the globe are sold only in Andhra Pradesh, Naidu pointed out.

Reminding that Chief Minister Y.S. Jagan Mohan Reddy promised to implement ban on liquor before the elections, Naidu said that the promise has been forgotten and that local brands of liquor were being sold at exorbitant prices.

Drugs seized in any part of the country are having the AP connection but the police are least bothered about it, Naidu lamented and added that free availability of narcotics to the youth means the entire nation would get destroyed very soon.

Speaking about the attacks on the TDP offices, Naidu said that they urged the President to recall DGP Gautam Sawang and initiate strict action against him for abetting state-sponsored terrorism. “We sought a comprehensive inquiry by the CBI into the attacks on TDP offices,” Naidu said.

For the last two-and-a-half years, a terrorist has been ruling Andhra Pradesh. All resources of the state are being looted by the YCP leaders – sand mafia, mining mafia, land mafia, drug mafia,— the ruling party men are involved in all sorts of illegal activities, Naidu alleged.

All constitutional systems and constitutional bodies are being destroyed. Hinting at ex-State Election Commissioner Nimmagadda Ramesh Kumar, he said that the SEC was threatened so much so that he could not conduct the elections. State legislative council, Public Service Commission and even the High Court were also attacked.

The police are behaving like goons and harassing the TDP leaders arresting them under some or the other pretext and shifting them to several police stations, Naidu said.

Fundamental rights are being violated in the state. They attack us and foist cases against us only, Naidu pointed out. Opposition leaders are being harassed physically, politically and economically, he asserted.

Naidu said that they urged the President to impose President’s Rule in the state. If it is not now, other states in the country will also emulate the same and it will set a bad precedent.

Jagan Mohan Reddy’s grandfather Raja Reddy is involved in such terrorising activities. He always ensured that his rivals were weakened economically so that they would never oppose him in the future. Jagan is also following the same, Naidu said.