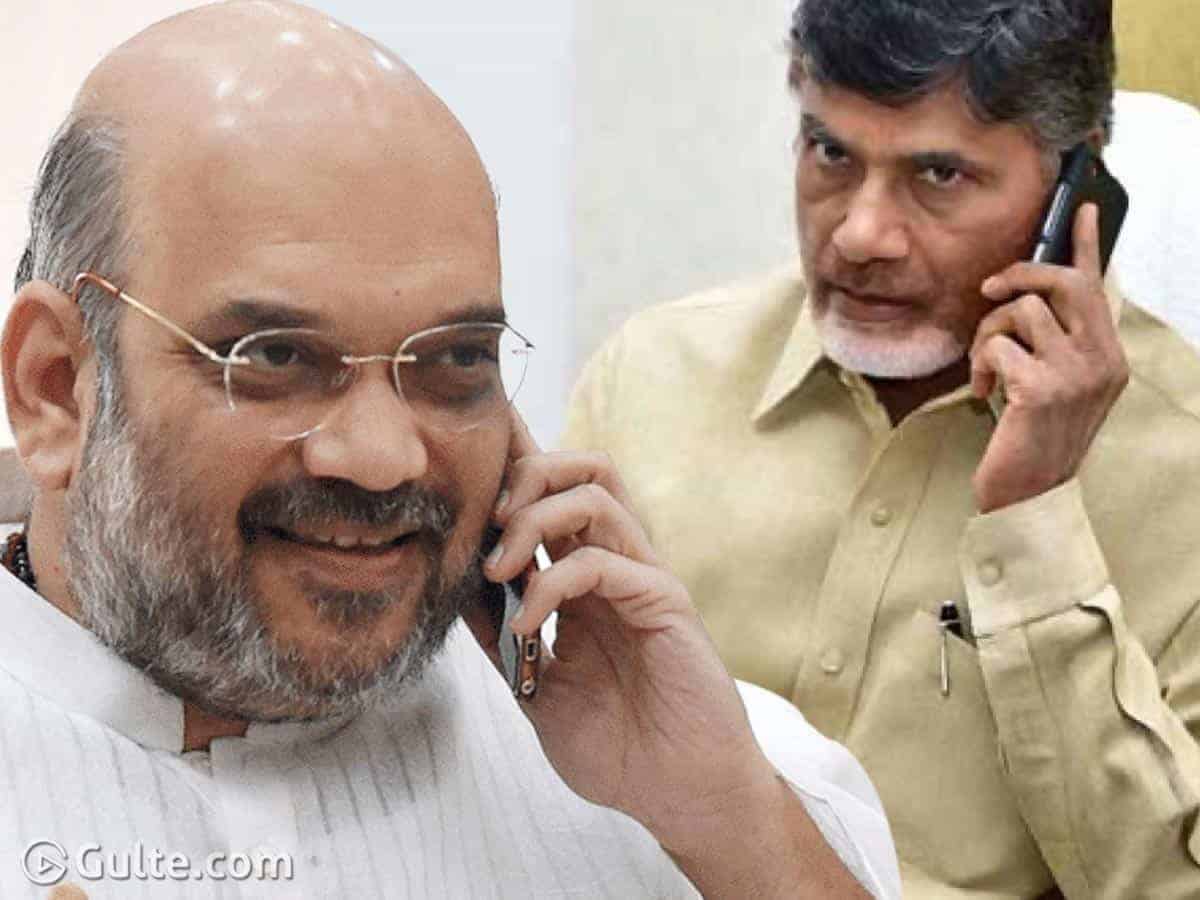 TDP chief Chandrababu Naidu spent a couple of days in New Delhi to meet Union Home Minister Amit Shah and other union ministers. However, Chandrababu could not get a single appointment except that of the President of India and so there is a bit of disappointment in the TDP camp.

Learning about Chandrababu’s visit and attempts for appointment, Home Minister Amit Shah reportedly called on the TDP chief post lunch hour on Wednesday. Shah asked the purpose of appointment and Chandrababu brought the latest happenings in AP to the Home Minister’s notice.

Chandrababu explained all the events related to the attack on TDP office and also the drugs menace in the state. Having heard details from Chandrababu, Amit Shah assured that he would look into them and would confirm his appointment in the coming days.

In the meantime, Chandrababu informed Amit Shah that he would send a delegation and submit the letter and video footage of the attack on TDP office.

So finally the TDP has something to cheer about. On the other hand we are also hearing reports from the national capital that the YSRCP is trying for Amit Shah’s appointment and lodge a complaint against Chandrababu Naidu.