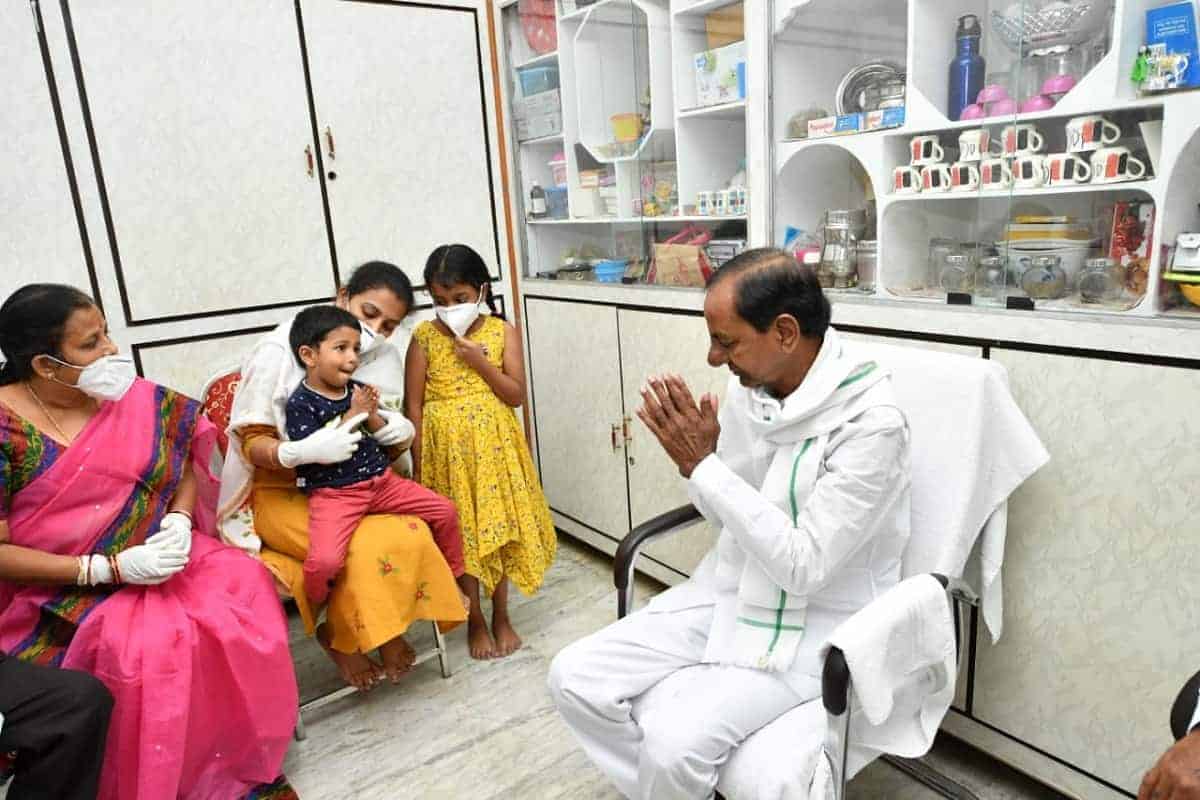 Telangana Chief Minister K. Chandrasekhar Rao has given all assurance from the government to the bereaved family of Colonel Bikkumalla Santosh Babu, commanding officer of the 16th Bihar Regiment, who was killed in the clashes between India and China at Galwan Valley, Ladakh, by extending financial aid of Rs 5 crore, 711 square yards land at Banjara Hills in Hyderabad and a Group-I officer cadre job to the wife of the martyred soldier.

Though some politicians in Telangana have been trying to attribute a political reason behind the CM’s assurance to the family, officers in the armed forces are praising the gesture as they are of the opinion that it will boost the morale of people wishing to join the Army and serve the nation.

There might be many youth who would want to join the armed forces but would be thinking many times about the repercussions their families would be forced to face, in case of their martyrdom. At the same time, the parents would also be hesitating to send their children into the Army. In the southern states of India, specially the Telugu states, the hot jobs for which the youth strive are engineers and doctors. Those ending up in the armed forces are very less in number.

Senior Army officers feel that the ex-gratia given to the Colonel’s family would help many young job aspirants plan their career and also help in increasing the number of those joining the armed forces as they will be assured that the state government would award their sacrifices with due respect.

Youth having love for the motherland will show interest in moving towards the armed forces if they feel assured of suitable and sufficient help from the government authorities to their families even in their absence, after their death.

KCR’s gesture might not have drawn the attention of national media or leaders but in both the Telugu states, it is being felt that youth in and around Suryapet will definitely start toying the idea of joining the Army witnessing the respect he had won from various quarters across the nation. The Colonel was lauded by media, individuals and the armed forces for putting up a brave fight even when the number of soldiers on the Indian side were much less when compared to that of China.

The leaders of the Opposition parties faulted the CM for not attending the funeral of the war hero but KCR tried to compensate it by being generous in announcing government’s help. It is also worth mentioning that KCR has not taken much time in announcing the ex-gratia and extending a helping hand by visiting the Colonel’s family and handing over all the documents relating to his announcement.