Political Round Up On ‘Park Hyatt’ Meeting! 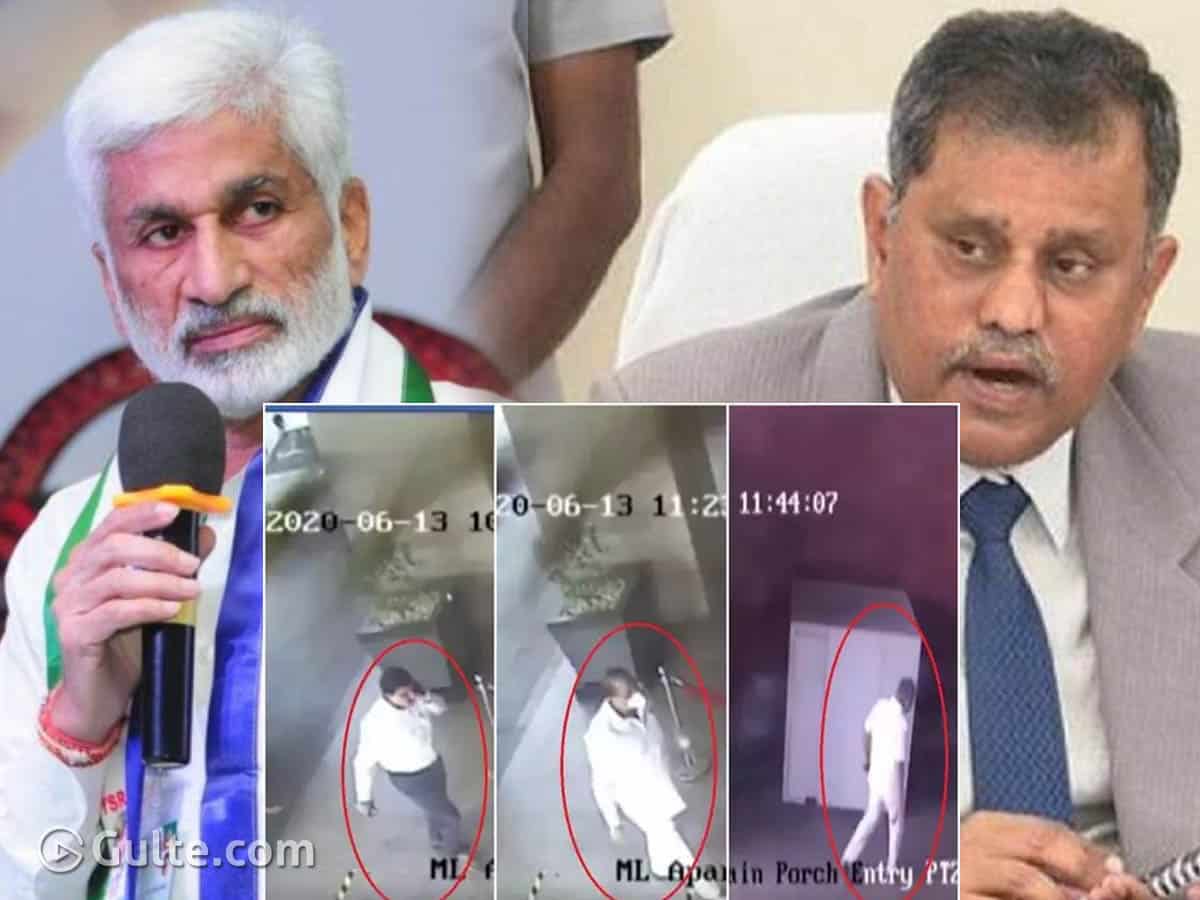 The June 13 meeting of SEC Nimmagadda Ramesh Kumar, BJP MP Sujana Chowdary and former minister Kamineni Srinivas at a star hotel in Hyderabad, kicked up a controversy in the political circles since Tuesday morning.

The video footage of the trio entering a suit at Park Hyatt Hotel was telecast by Sakshi news channel this morning and since then the ruling YSRC party leaders have been levelling allegations of a conspiracy being hatched against the government by the Kamma gang (as all the three who met belong to the Kamma community).

At that time, the hearing on SEC’s case was still underway in the Supreme Court. The YSRC government has been expressing its opposition against deputation of Ramesh Kumar as the SEC to the state since he postponed the local body elections all of a sudden, without giving any information to Chief Minister Y.S. Jaganmohan Reddy and this annoyed him.

Jagan alleged that the elections were deferred at the behest of TDP supremo and former CM N. Chandrababu Naidu.

In the wake of such a situation, the SEC meeting the two leaders – Sujana Chowdary and Kamineni Srinivas, who are considered to be close to the TDP president, is being debated by the YSRC men.

YSRC leader Amabati Rambabu termed the trio as thieves and said that “donagalu dorikaru”. He wondered how could a Constitutional head meet BJP leaders and alleged that the June 13 meeting was also held as per the directions of ‘Big Boss‘ Naidu. He also made mention of face time calls between Sujana and ‘Big Boss’. Rambabu also reminded that Kamineni was among the petitioners who took the SEC’s case to the court and questioned how could Kamineni and Nimmagadda meet when the case was still under trial.

Responding to the allegations of the ruling party leaders, TDP senior leader Varla Ramaiah asked what was wrong if the trio met. “They are not anti-social elements or terrorists,” he pointed out and at the same time, he reminded that Ramesh Kumar was not the SEC by June 13.

Meanwhile, there is information that the Centre also sought explanation from Sujana and Kamineni about the itinerary of the meeting.

In his explanation, Sujana Chowdary said that he began working from Park Hyatt since lockdown and that he had been holding his meetings in the hotel only. He said that Kamineni had sought his appointment and come to his office and that Nimmagadda also came to meet him as he was his family friend. The BJP MP claimed that it was not a secret meeting because hotel was a public place and he also said that he had met both of them at different timings separately. He said that they did not discuss anything about the latest political developments or Nimmagadda’s duties during the meeting.

Meeting in the Hotel was not ‘Rahasya Samavesam’: Kamineni

BJP leader and former minister Kamineni too gave his explanation and said that he had filed a case in connection with Nimmagadda case with the permission of the BJP central leadership. He said that he meeting in the hotel was not “Dongala samavesam” or “rahasya samavesam”. Further, Kamineni said that Nimmagadda came to the room when he was there.

Meanwhile TDP leader Pattabhi said that the YCP was trying to unnecessarily pull the TDP into the affair by taking the name of their party chief Chandrababu Naidu. He also said that the YCP was trying to divert the attention of the public from the scams in which their party senior leader and YCP MP V. Vijayasai Reddy was involved. He wondered why ‘Tweet Reddy’ was silent over the social media after the TDP alleged his involvement in the Rs 307-crore scam in the purchase of 108 ambulances. He also reminded of the YCP’s involvement in the Saraswathi Cements scam.