YCP MLA Gets A Rare Honour! 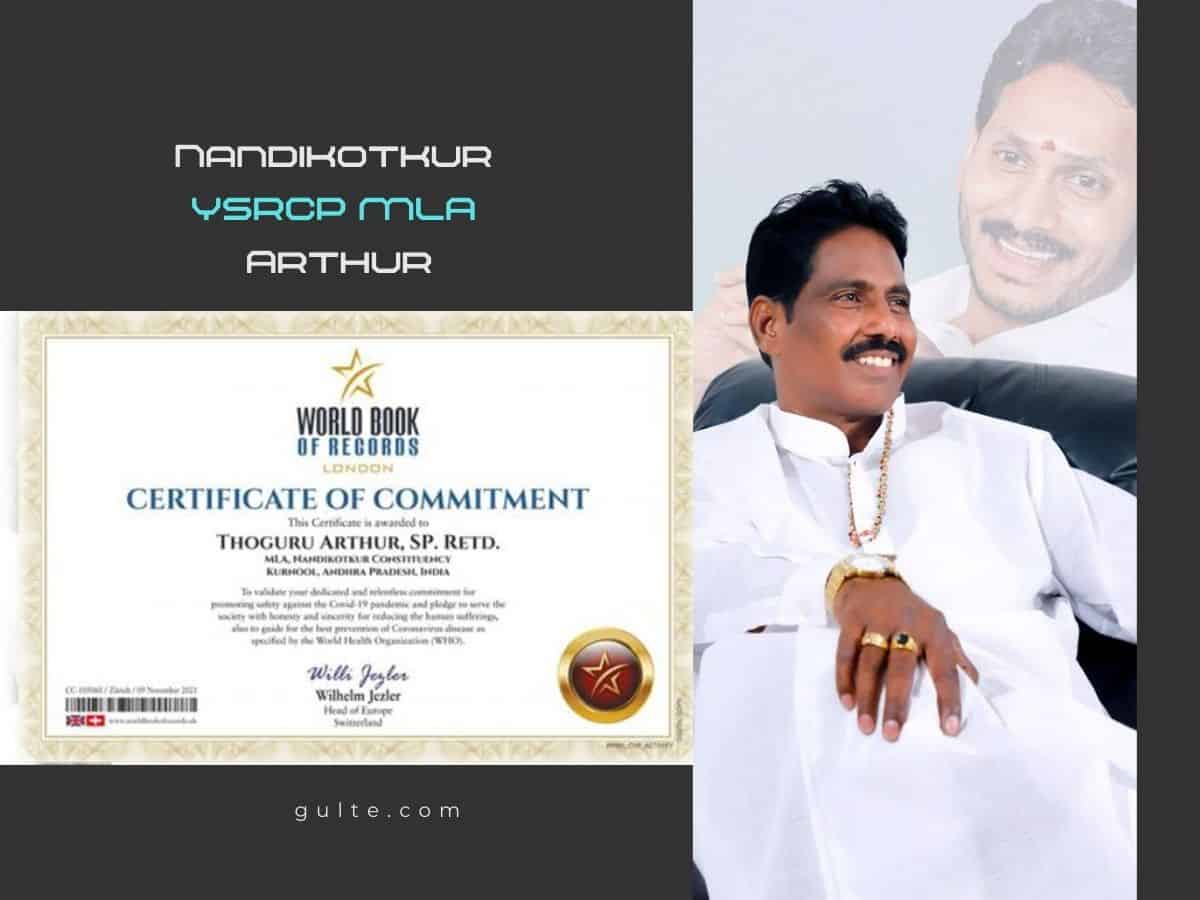 Andhra Pradesh’s Nandikotkur MLA Thoguru Arthur received a rare honour. MLA Arthur was rewarded with a ‘Certificate of Commitment’ award from the World Book of Records, London. Apparently the YCP MLA showed outstanding commitment during the Covid-19 times in his constituency and for his phenomenal work, he was honoured.

During the pandemic lockdown, Arthur was in the constituency and made himself reachable to the public. He provided assistance to the public and distributed sanitizers, face masks and many essential commodities. With his own funds, MLA Arthur helped many migrant workers too.

Upon learning this news, MLA Arthur was delighted but credited CM Jagan. “AP was able to handle Covid-19 efficiently because of CM Jagan and he reviewed the impact of the virus every day. He asked every MLA to monitor the situation in the constituency and I just followed his instructions,” said MLA Arthur.

Very soon a delegation of the World Book of Records, London will land in Nandikotkur and honour the MLA with the award.

A cop by profession, MLA Arthur worked as AP Assembly Chief Marshal. Later he ventured into politics and joined the YCP. In 2014, he did not receive a ticket but in 2019 he managed to get and in his first attempt, he got elected as an MLA.

This honour to the ruling party MLA is a completely unexpected one considering the recent reports of anti-incumbency against the YCP MLAs in their respective constituencies. YCP has two and half years of time and this is the time for the MLAs to change their attitude and work for the public.