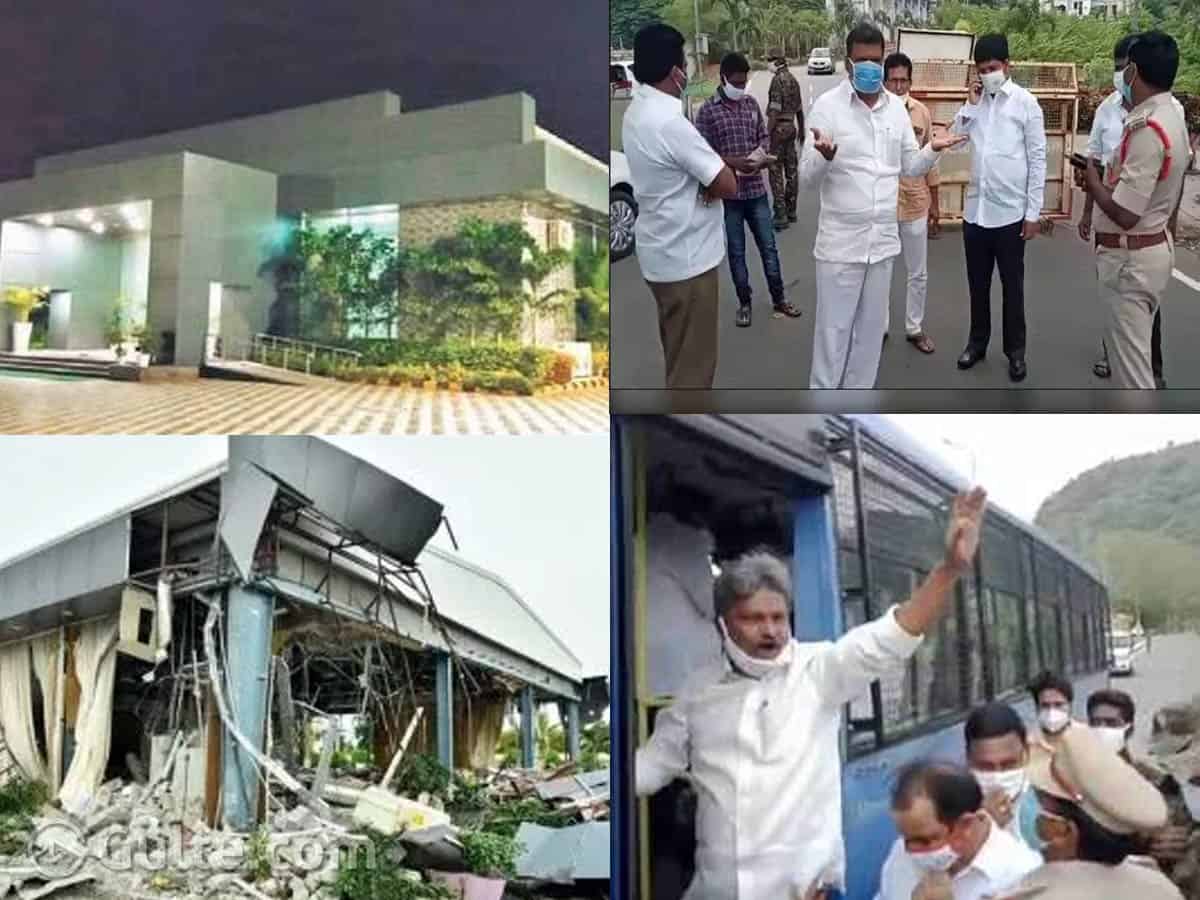 A year ago today, then newly sworn-in chief minister YS Jagan got the Praja Vedika demolished. On this grim milestone, the TDP’s senior leaders have decided to visit the place. Knowing about this development, the police have arranged check posts in all the four routes to Praja Vedika at Undavalli.

All the vehicles of the TDP leaders have been stopped midway as a precautionary measure. However, this hasn’t gone down well with the TDP leaders who questioned the move of police. TDP leaders argued that this is nothing but curtailing freedom and against the spirit of democracy.

Meanwhile, some TDP leaders were arrested by police and they were shifted in police jeeps to Managalagiri police station. Senior leaders Devineni Uma, Varla Ramaiah, Kollu Ravindra, Alapati Rajendra Prasad, T Sravan Kumar, Nakka Anand Babu, MLCs Rajendra Prasad, Ashok Babu, Arjunudu and others have reached the Undavalli karakatta where the Praja Vedika, built by former CM Chandrababu Naidu, was bulldozed. With this, arguments took place between the TDP senior leaders and police personnel. Police officials have told TDP leaders that there was no permission to hold any protest at the Praja Vedika site at Undavalli. Devineni Uma, Varla Ramaiah and others have questioned the arrests of some TDP leaders and questioned the police and asked the reason for their arrest.

With this, tension atmosphere is prevailed at Undavalli.