The Rise And Fall Of Praja Vedika 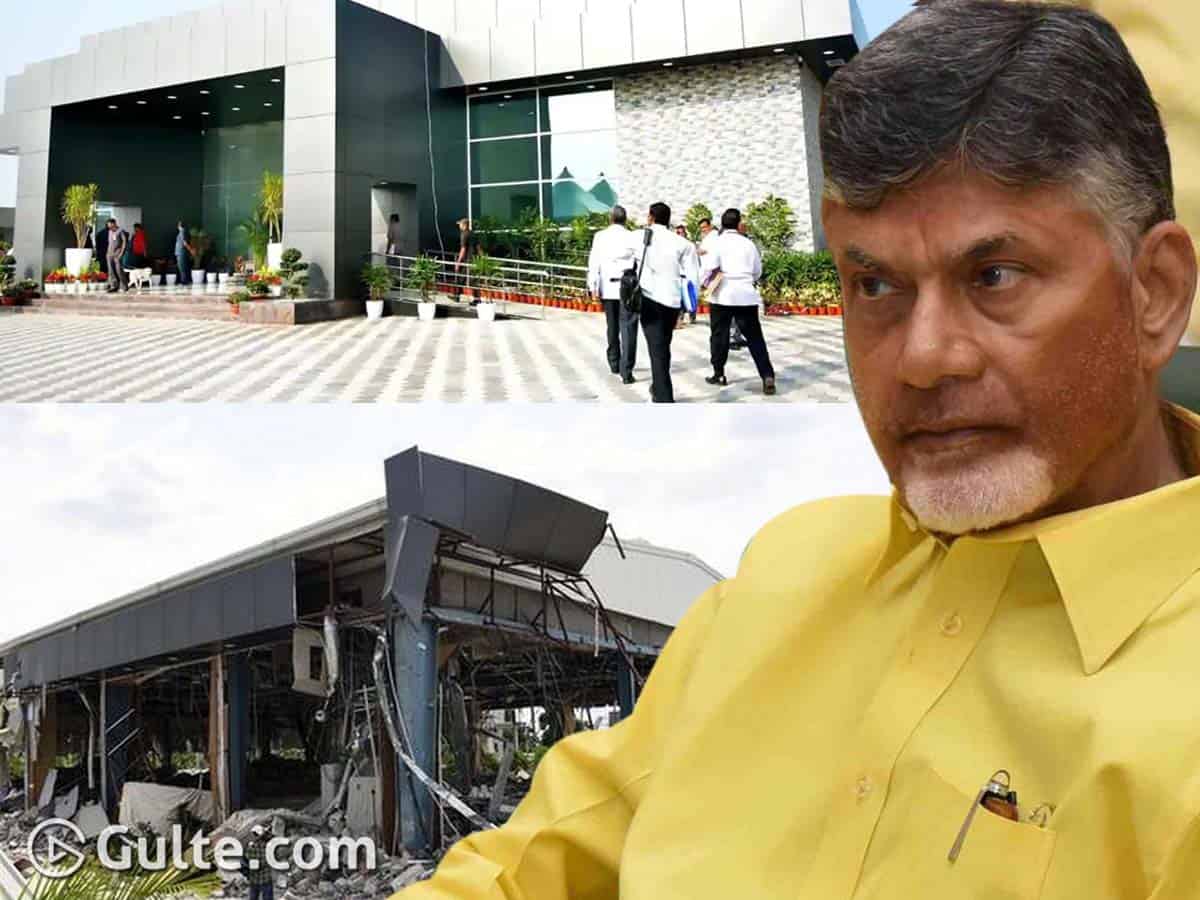 It is one year the Praja Vedika, a conference hall built for holding meetings with collectors and other state officials, at Undavalli was razed to the ground in Andhra Pradesh. The Opposition TDP leaders tried to reach the place this morning when the police prevented their vehicles.

All the roads leading to Praja Vedika were barricaded and only non-TDP vehicles were allowed to move. This led to an argument between the TDP leaders Devineni Umamaheswara Rao, Nakka Anand Babu, Varla Ramaiah, Alapati Rajendra Prasad and the police. Some of them were arrested and shifted to the Mangalagiri police station.

With TDP chief N. Chandrababu Naidu’s house also being on the same road, Varla Ramaiah wondered why were they being obstructed from visiting their party chief. He said that it was not fair to obstruct them.

After the bifurcation of the state, the residuary state met with lack of infrastructure in all areas. It did not have the necessary buildings and complexes to house the state offices and it did not have a proper place to be called a capital.

In this scenario, the TDP government which was voted to power soon after the split of the state took up capital-building works on a war-footing. Praja Vedika was also constructed as part of the capital-building works but that was the first building targeted by YSRC president and Chief Minister Y.S. Jaganmohan Reddy.

The first thing Jagan ordered soon after assuming office was demolition of the building which smacked of his vendetta politics. The reason which Jagan cited for doing away with the building was that it was constructed on the river coast and that it would obstruct the flow of the river.

In the same tone, he also aimed at razing down the residence of Chandrababu Naidu which is near the Praja Vedika. He even got government orders pasted on Naidu’s residence. However, the owner of the building, Lingamaneni Ramesh, moved the court and the trial is underway.

At this time, some people said Praja Vedika was brought down because it was like an orphan with nobody to fight for it. Following this, the opposition leaders questioned if the CM would do the same with all the river coasts for which the CM had no answer and soon, the TDP leaders said that Praja Vedika was razed as part of vendetta politics.

Even the public did not approve of Jagan’s action and many of them felt that he could have used the building for some other purpose. They felt public money was wasted for Jagan’s revenge against Naidu. This clearly reflected that aimed at obliterating the memory and relevance of the TDP in the state.

At that time, the YCP leaders also said the TDP chief resorted to corruption in getting the structure built. They said that by demolishing the building they wanted to expose to the public that the structure built with fibre sheets would not cost crores as being claimed by the TDP men.

Now, many people feel that Praja Vedika would have been of use during Coronavirus time as everything has gone online and the CM would have used that building to hold video conferences with the higher officials across the state to take stock of the pandemic, which is spreading rapidly in the state.