Bio-Toilets Removed By AP Police, Women In Padayatra Breaks Down 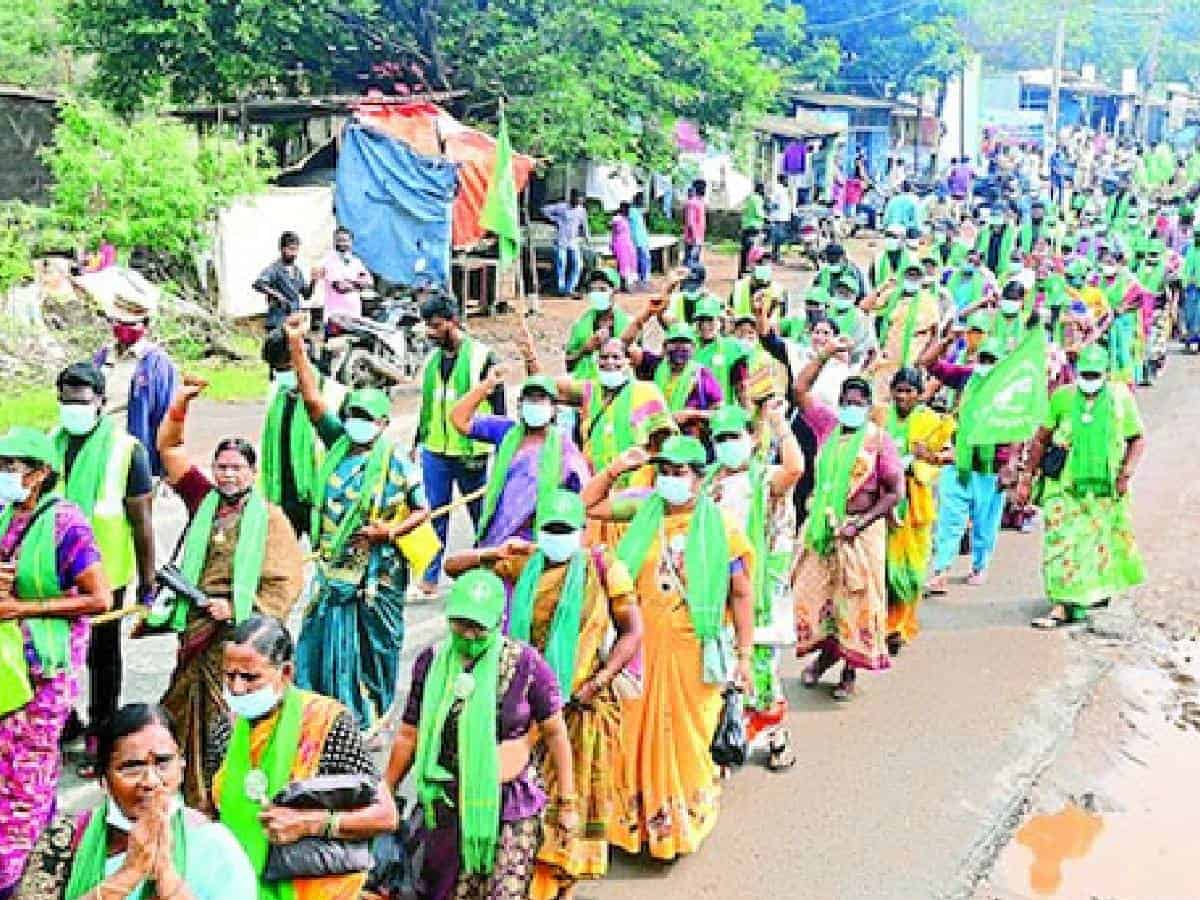 Now, there is a new issue that is likely to haunt the ruling YSRCP for quite some time, if the current anger of women taking part in the Amaravathi Farmers’ March is anything to go by. It is known that the farmers of Amaravathi are on a march from the proposed capital of Andhra Pradesh Amaravathi to Tirupathi.

The 45-day march was launched on November 2 and it is called the Nyayasthanam to Devasthanam (High Court to Tirumala) maha padayatra. Now, as the march will be nearing completion, there are social media posts making rounds against Jagan Mohan Reddy’s government. The reason for ire happens to be the police move to remove bio-toilets that have been set up by JAC committees. As the women participating in the maha padayatra are walking for about 20 km per day, bio-toilets were a necessity to just about all of them.

However, in a sudden move, the police reportedly cleared all bio-toilets creating a massive problem for women participants. The women have taken to social media outlets to pour out their woes and how difficult it is to walk 20 km without using a toilet on the way. One lady openly said that the 4000 farmers taking part in the march are forced to eat setting aside their self respect as they don’t want to quit the march.

She also lamented about the lack of toilet facilities and how women had to release behind trees and bushes, which was causing anxiety among many women. The unnamed lady wondered how harsh could the government and police be, to take such a drastic step which could affect the health of women participants.

Ironically, the women protesters at Singhu border too had to face similar issues during their sit-out outside Delhi opposing farm laws introduced by Modi government, which now been taken back.

Meanwhile, it has to be noted that Jagan Mohan Reddy’s government has been promoting the cause of clean toilets and bio toilets under the Jagananna Swachha Sankalpam. So, it comes as a surprise to human rights watchers as to how the police could remove bio-toilets as alleged by Amaravathi farmers.