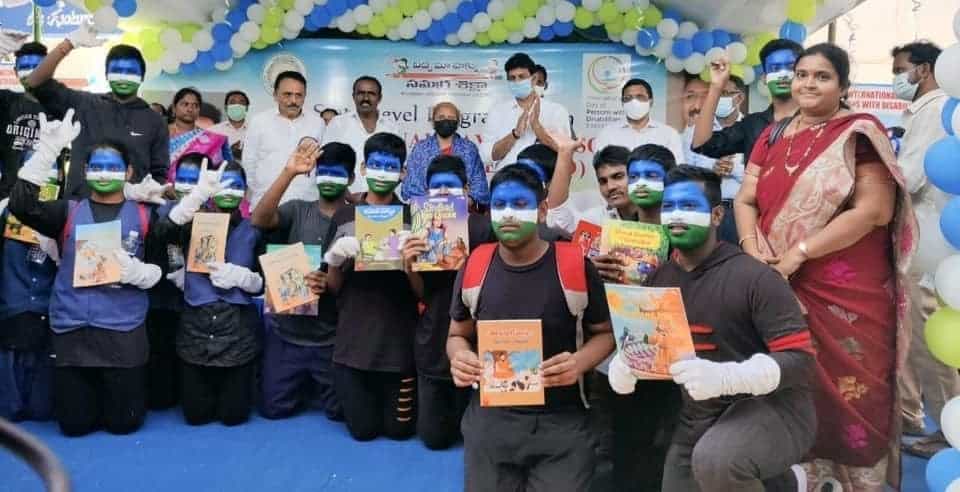 After having removed YCP colours on government buildings following court orders, Chief Minsiter Y.S. Jagan Mohan Reddy’s party leaders have been trying to find some other source on which they can display their party’s colours, the CM and YSR’s faces.

The YCP cadre’s obsession with their party colours has reached its pinnacle with students’ faces being smeared with the same. On December 3, the ZP High School in Venigandla village, Pedakakani mandal in Guntur district celebrated the International Day of Persons with Disabilities when the students taking part in the cultural programmes were found with the YCP colours, green, white and blue, painted right on their faces.

The programme was attended by local MLA Kilari Rosaiah, Home minister Mekathoti Sucharita and the students performed in their presence.

Now, let us see who would raise objection to this novel way of displaying the party men’s colour obsession. It appears as though the party leaders would have changed even the colour of their blood to blue, if possible, as a mark of loyalty and please their boss.