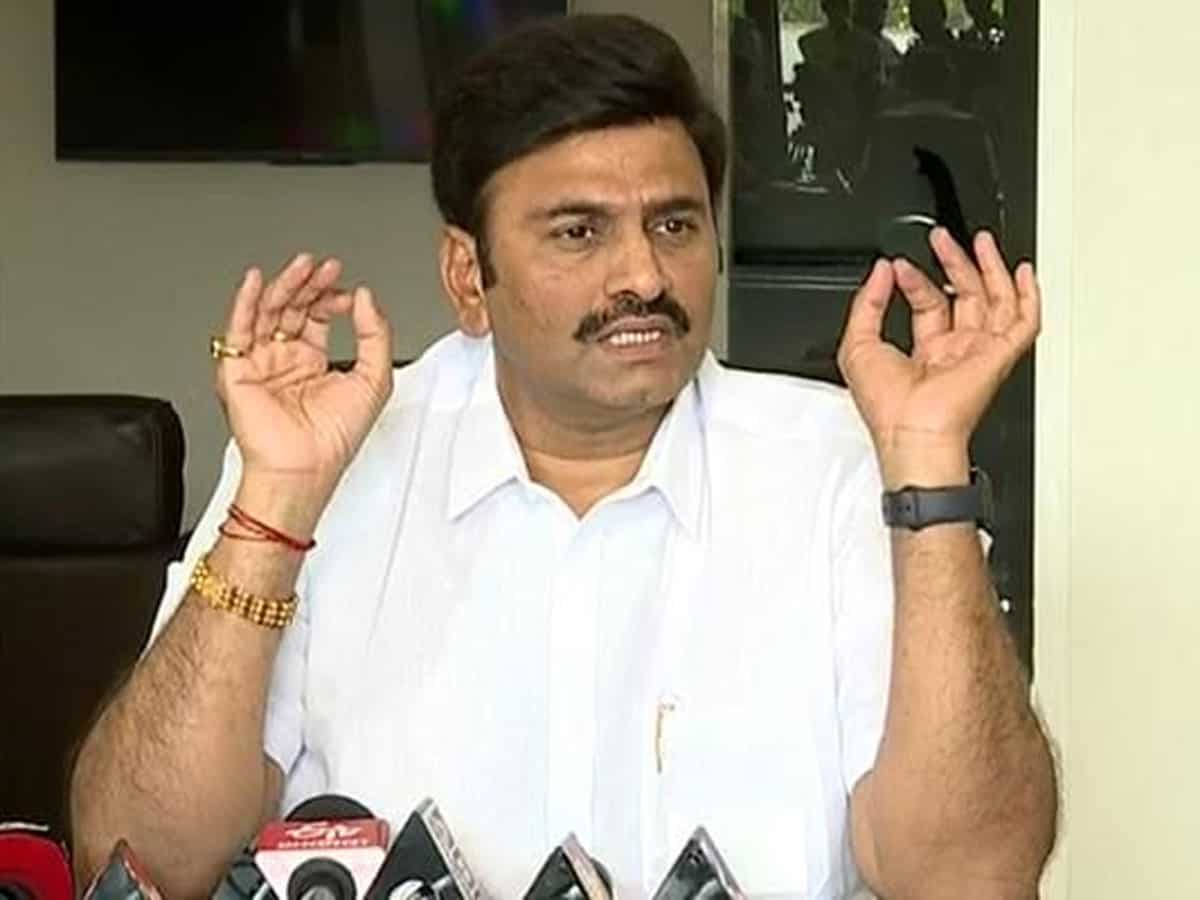 YCP MP Kanumuru Raghurama Krishnam Raju seems to be continuing to walk in his path of rebellion even while claiming to be a loyal comrade of the party.

In an interview on a TV news channel, when asked if his strategy was to make the YCP disqualify him by raising his voice against the party so that he could join the BJP, with which he has close relations, he said he had no plans to quit the YCP but would be forced to leave it if the party leadership disqualifies him.

When questioned if he was trying to get relief from cases registered against him by joining the BJP, he said he has mentioned of only one case against him in the affidavit filed along with the nomination papers to contest the elections. “I have only one case against me but our CM has 26 cases. Many other leaders in the YCP are also facing cases and what will they do,” he questioned.

The MP said that when people start doing businesses, cases would be filed against them for one or the other reason. “Our CM is also facing false cases and he is fighting them in the court,” he said.

He said he had no clue why YCP MP Vijayasai Reddy was holding a grudge against as the show cause notice served to him in Reddy’s name pointed out trivial issues which in fact, should not make the party leadership suspect his loyalty to the YCP.

Raju said that not just Vijayasai Reddy, even other leaders have stopped talking to him after he began opposing the party’s decision with regard to the sale of TTD lands. He also hinted at TTD chairman Y.V. Subba Reddy not being happy with him after he raised voice against TTD land sale.

Reminding that many other YCP leaders also raised their voice against the short supply of sand in AP, the MP wondered why were they not served show cause notices. He also alleged that the party leadership was trying to shunt him out of the party by showing lame excuses, as he always respected the party’s Constitution, except when there was a clash with the Indian Constitution.

He also alleged that some forces within his own party were preventing him from meeting their party president and CM Y.S. Jagan Mohan Reddy. He said that he had even sent a letter to the CMO seeking an appointment but that there was no reply from the other side.