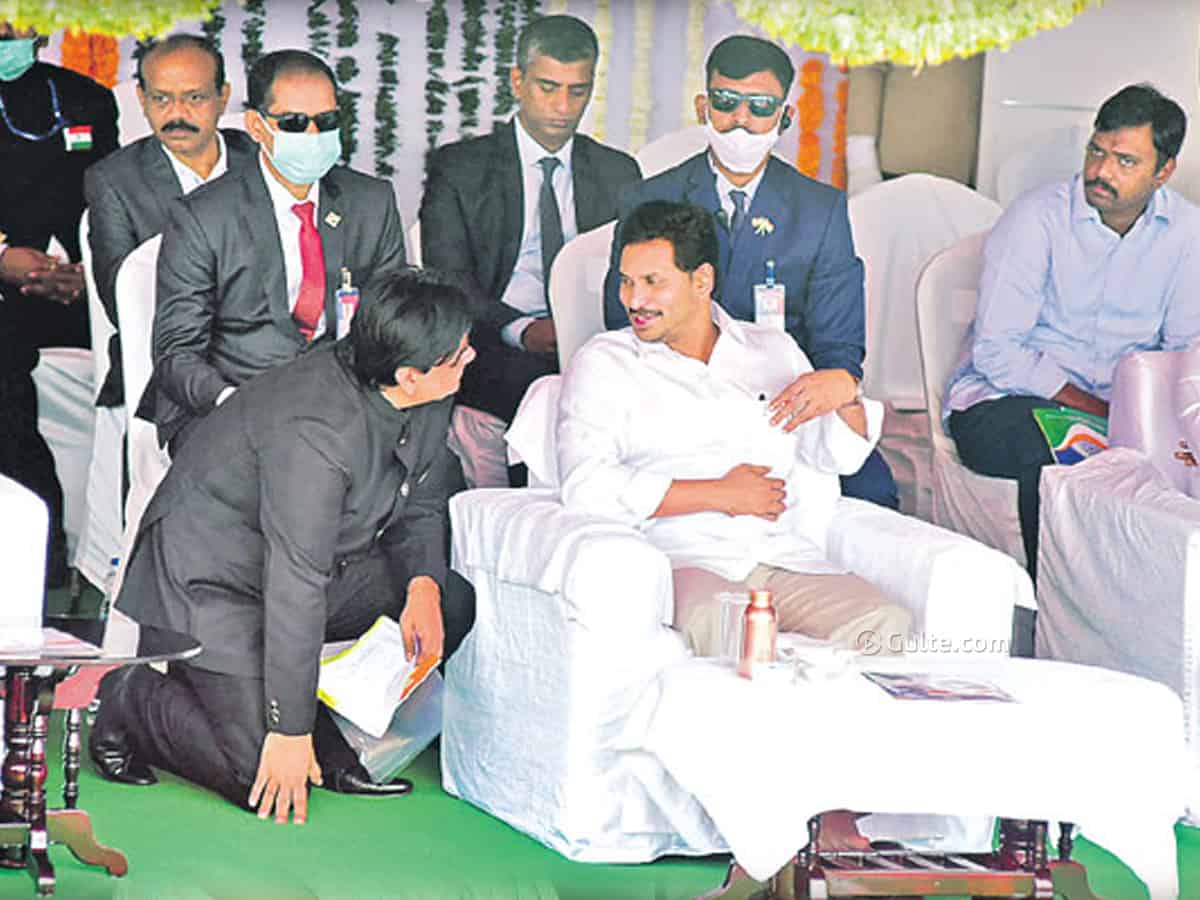 At the state government sponsored Republic Day celebrations in Vijayawada, an incident caught everyone’s attention and a picture of the same incident is being widely circulated.

Going into details, as CM YS Jagan reached the venue, seating arrangements were made on the dais. Jagan sat down in the front row while many IAS officers were seated behind him.

Seeing the bureaucrat Praveen Prakash, CM Jagan called him. The officer immediately rushed towards Jagan and he kind of bent on his knees to listen to what the chief minister was saying. This picture of the IAS officer bending down on his knees beside CM’s chair was caught on camera.

Well the opposition criticizes on it, Jagan supports says there is nothing wrong in the picture as the bureaucrat was showing his respect toward a CM who is a constitutionally elected person. But there is a mixed reaction from the netizens on social media.

IAS is the most respected and honoured profession in the country and they have high regards in the society. But off late a few bureaucrats are inclining towards politics and the best example is, Siddipet former Collector Venkata Rami Reddy. He touched Telangana CM KCR’s feet to take the blessings and this incident stormed the political circles back then.