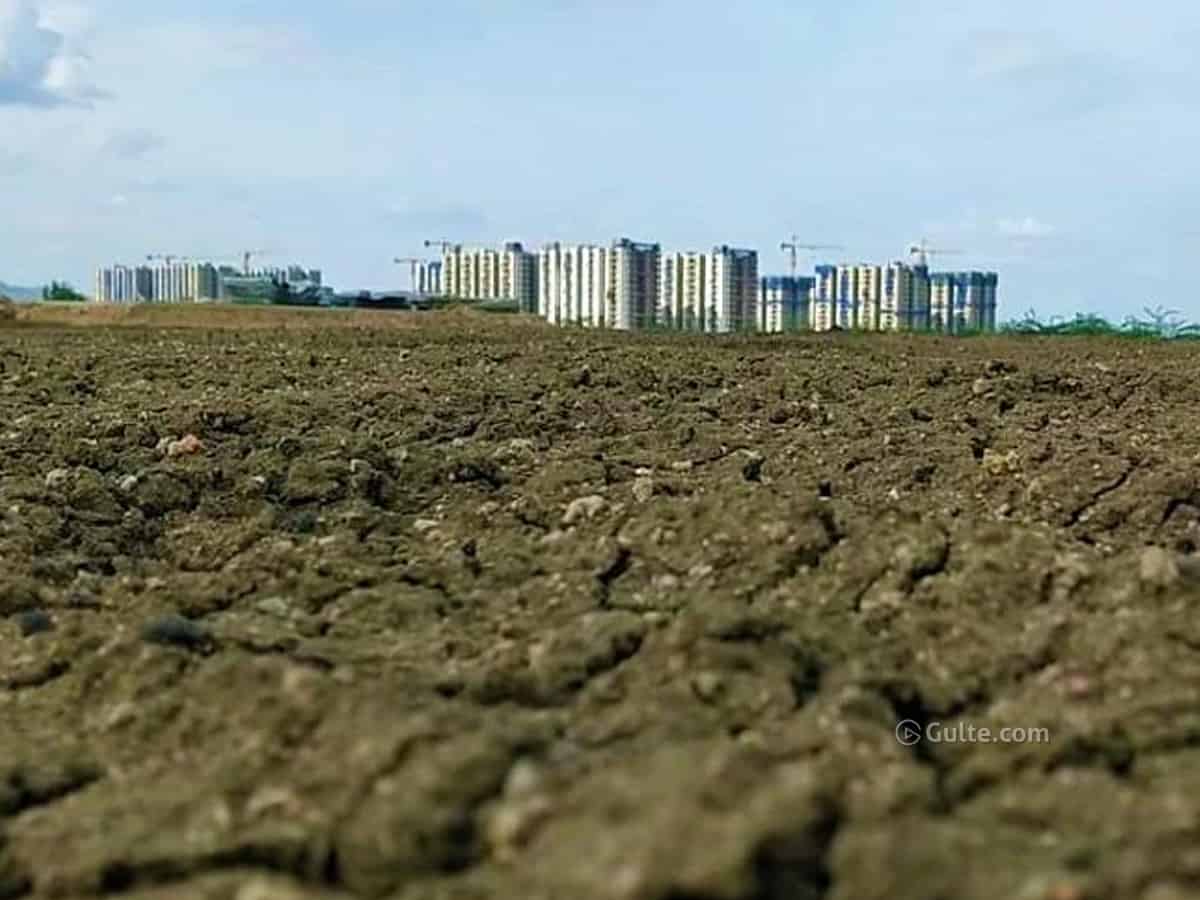 In a strange move, the Andhra Pradesh government has mortgaged 480 acres of Amaravati lands and a leading Telugu media house reported that this is being done for a fresh loan of Rs 3000 crore.

The media report further claimed that the AP government mortgaged the land for Capital Region Development Authority (CRDA) and for the same, the registration of the lands were also done in a suspicious manner. During the weekend, the AP government employees were observing a pen-down protest and from the high level, there was a pressure on registration employees to do the documentation for the mortgage.

But which bank provided this loan facility and what is the purpose of the loan are yet to be known. The mortgaged registration happened at Mandadam registration office and the officials acknowledged the same, citing the media report.

As reported by the leading media house, earlier the AP government summoned the Guntur Collector, registration officials to check the availability of land in the capital region and also enquired about its value in open market. The lands that were mortgaged were marked and a survey was also held.

The media report reveals more details that the loan amount falls in CRDA’s account but is this a fresh loan or is to relieve the land that is already mortgaged to clear that loan of HUDCO where an MIG Smart township is being planned. For the construction of the capital, HUDCO had offered Rs 1250 crore loan and CRDA had mortgaged the layout at Navaluru near Mangalagiri.

The AP government has restricted the infrastructure works in CRDA and was estimating a loan of Rs 3000 crore. The AP government ordered the CRDA to prepare a Detailed Project Report (DPR) and last month on 9th, the DPR was submitted. The DRP had details of repaying the loan amount from the third year of the mortgage and by 17th year, the land value could be around Rs 17.74 crore.

Nevertheless this report from a leading media house reached the Amaravati farmers and they were shocked to learn about it. Surprisingly there is no clarity among the registration officials regarding the mortgage.