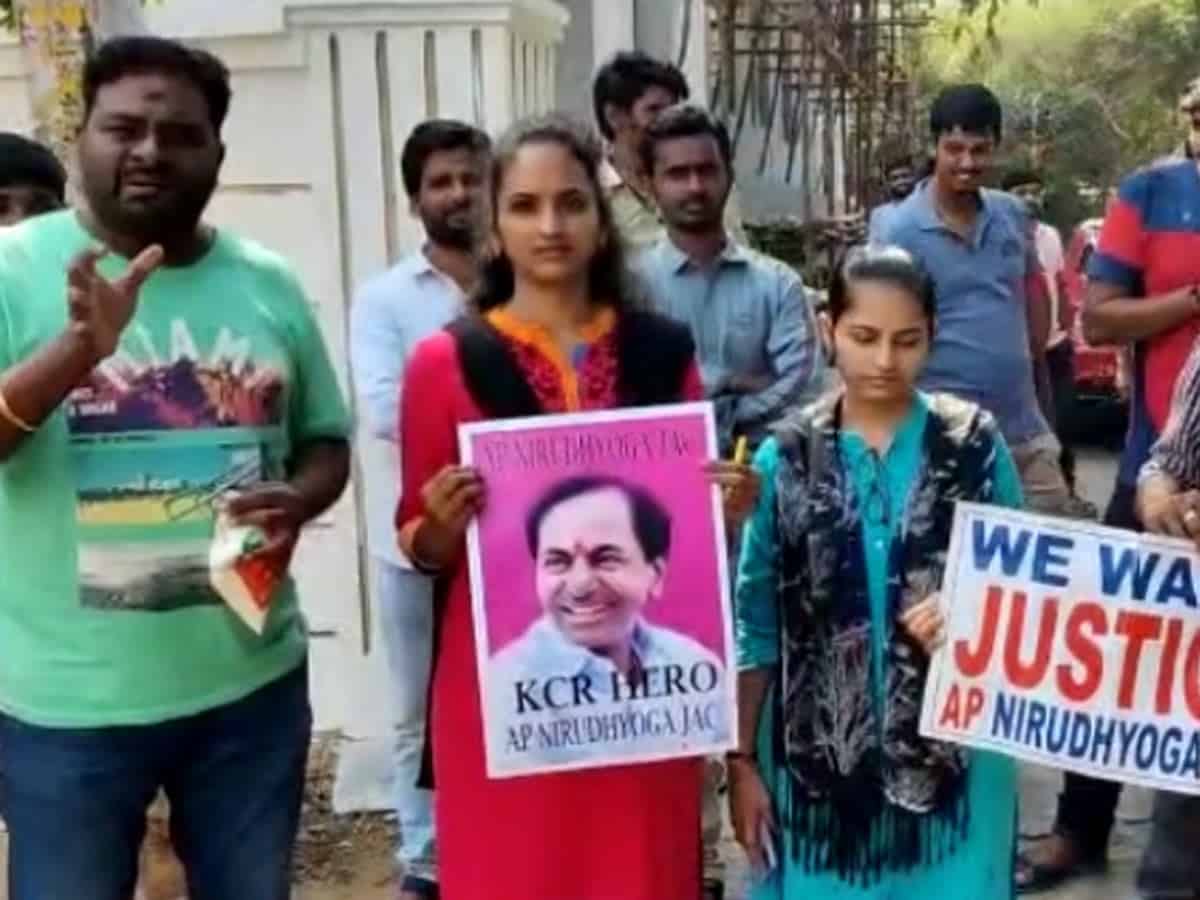 This employment announcement of KCR was welcomed by AP unemployed JAC. In Vizag, the members of JAC showered KCR’s photo with milk and hailed him to the sky.

“With 90,000 recruitment drive, KCR has become a hero for youth. Simultaneously, the Andhra Pradesh government should also stick to its words and announce the job calendar immediately. During Jagan’s walkathon he promised to fill 1.4 Lakh vacancies once voted to power but till now nothing such has happened and due to this the unemployed youth are distressed. We demand the AP government to take initiatives for job notifications,” said a JAC leader.