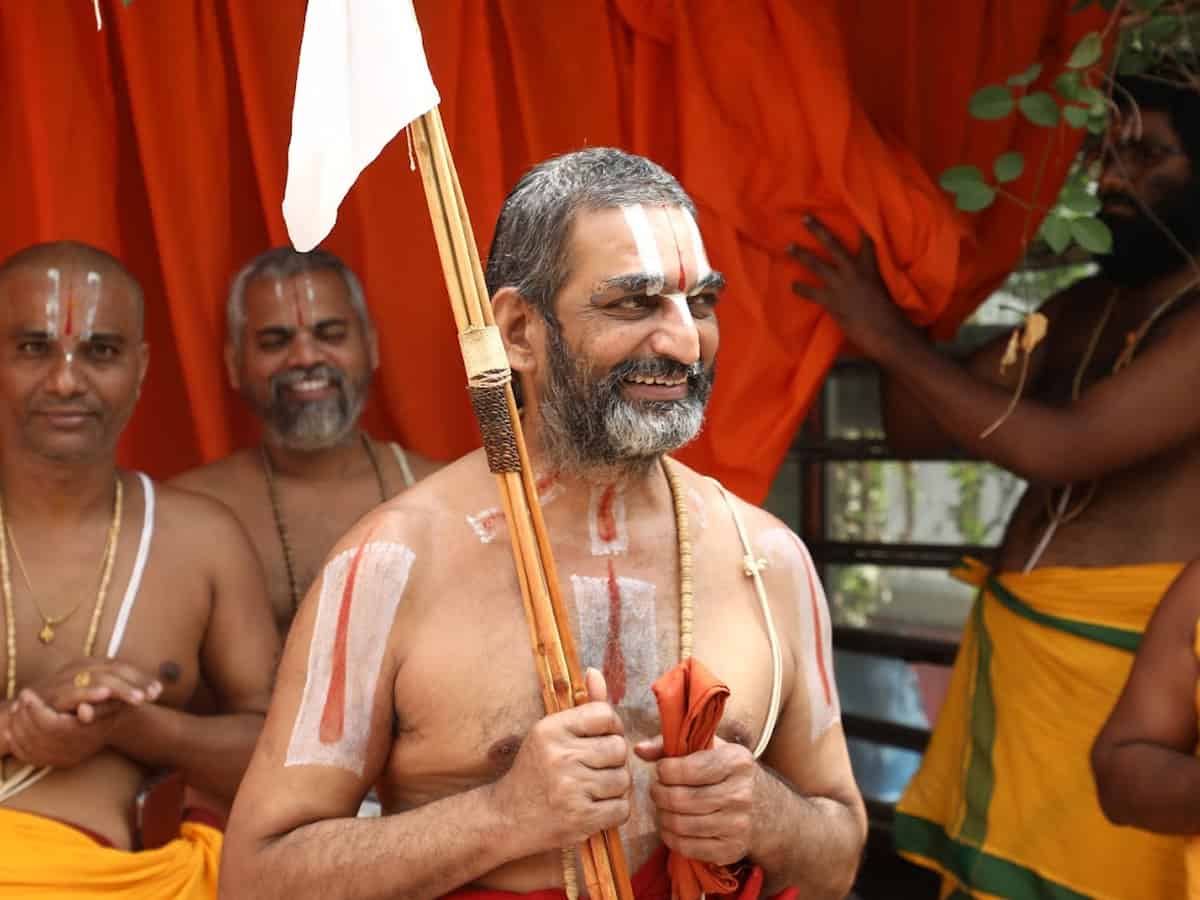 Chinna Jeeyar Swamy who was the centre of controversy for his remarks on ‘Sammakka – Saralamma’ Jathara, reacted and was diplomatic in his explanation. Chinna Jeeyar added that his comments were two decades old and people with vested interests extracted a piece of his comment and created a controversy.

“It’s an old video and the front and later portions of my comments were edited and only the comment that doesn’t go well with Aadivaasis (tribals) was extracted and put on media. Based on this clipping, channels are debating widely and influential people are unnecessarily provoking common man. Such debates are unhealthy and harmful,” said Chinna Jeeyar.

On Sammakka-Saralamma, the tribal godly figures, Chinna Jeeyar added that they are not Goddesses but humans just like us. “They rose to ranks because of noble characters they inhibited in themselves which helped the tribals overcome certain obstacles. But anti-social elements creeped in and tried to disturb the atmosphere,” added Chinna Jeeyar.

Contradicting the whole controversy Chinna Jeeyar clarified that he would never comment anything against any godly figures that are being worshipped by certain communities and he doesn’t encourage such adverse matters. Reiterating that all communities are equal, Chinna Jeeyar listed out various initiatives being done by his Vikasa Tharangini platform for the welfare of tribal communities across the country.

But Chinna Jeeyar blamed the media for sensationalising his comments. “Probably media is not getting enough content from the Russia – Ukraine war and so their focus turned on me. If the media and people who were offended with my remarks, were seriously responsible, they could have directly contacted me and asked for an explanation,” stated Chinna Jeeyar.

Reacting to the entry fee at the State of Equality venue, Chinna Jeeyar added that he is charging the visitors only for the maintenance of the place. “Places with such scale charge in thousands elsewhere but we wanted to keep it affordable for everyone and so we have put an entry fee of Rs 150,” explained Chinna Jeeyar.

When asked about the gap between him and Telangana CM KCR and invitation to Yadadri temple, Chinna Jeeyar replied that there is whatsoever no gap and if he gets an invitation, he would certainly make it to the temple’s event, if not invited, he would watch the proceedings.

All throughout the press meet, Chinna Jeeyar patiently responded to the journalists’ questions and he restrained himself from getting carried away by the controversy that was all over the news.

But from MLA Seethakka to other politicians, they demanded an unconditional apology from Chinna Jeeyar and the Swamy did not utter a word.