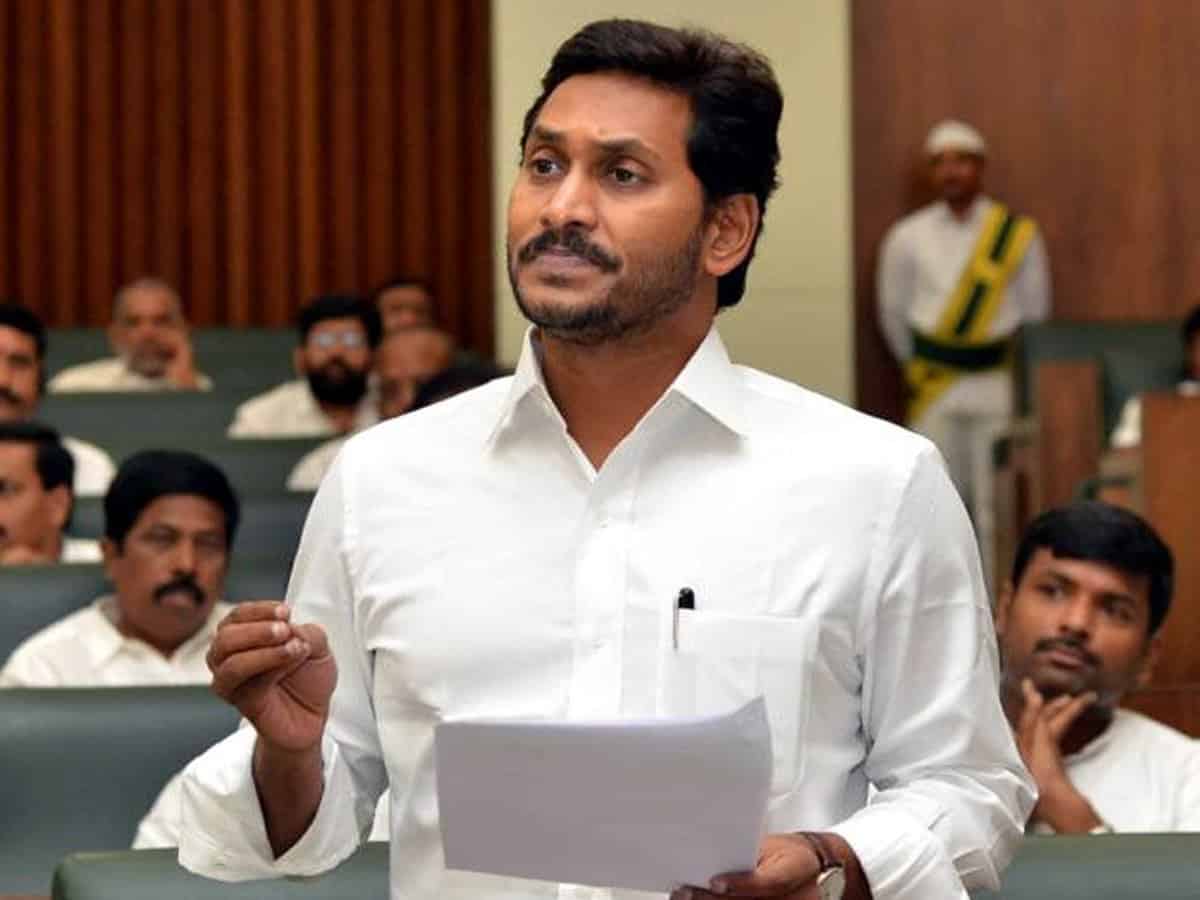 The AP Assembly sessions are rocked by Jangareddygudem deaths. While the TDP is claiming that the deaths are due to illicit toddy, the ruling YCP government announced them as natural deaths. Yet on Wednesday, a couple of TDP MLAs were suspended from Assembly for creating ruckus.

Finally AP CM YS Jagan has made a statement on Jangareddygudem deaths in AP Assembly and he criticised TDP chief Chandrababu Naidu heavily. “So far my government has given approvals for 16 medical colleges and we are planning to reorganise the districts whereas previous Chandrababu’s regime gave permissions for 14 distilleries and this shows my government and party’s commitment,” said Jagan.

Jagan also mentioned the name of Jana Sena chief Pawan Kalyan indirectly. “Any government only bothers about the production based on the standards set and also through licensed distilleries. But the government has nothing to do with brands such as ‘Powerstar 99’ or ‘Legend 999.’ The state government is not biased towards any brand,” clarified Jagan. Speaking about the new liquor brands like ‘Special status’ and ‘Three Capitals’, YS Jagan revealed that they were just made up for social media trolling purporse and no such brands really exist.

The CM also cornered the TDP leaders by taking out the names and their relatives who are into liquor business. “From Yanamala to many other TDP leaders have liquor businesses and moreover cheap liquor is not something that is newly boomed in my government. In TDP’s five years, over one lakh cases have been filed but in my government’s three years of power, we have filed equal cases and by the time we complete our tenure, the cases would be doubled and no one would be spared,” said Jagan.

Yet the TDP is not convinced with Jagan’s statement. Nara Lokesh questioned the suspension of his party MLAs. “Jangareddygudem deaths was not part of today’s agenda of discussion. Only after suspending our party’s MLAs, CM Jagan made a statement in the Assembly. If the YCP government was sincere, it would have allowed a debate and let our members talk,” added Lokesh.