All Eyes On AP Governor Today! 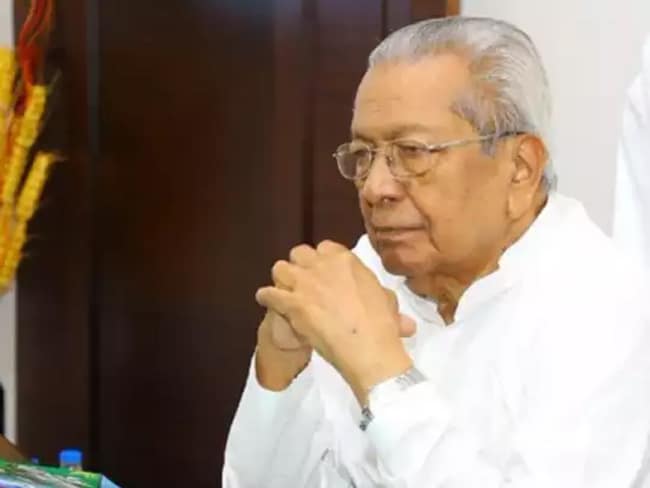 The public in Andhra Pradesh are anxiously waiting for Governor Biswabhusan Harichandan to take a call on two important issues today that would decide the future of the state.

Following the High Court orders, State Election Commissioner Nimmagadda Ramesh Kumar is scheduled to meet the Governor this morning at 11.30 am seeking his reinstatement in the post. Chief Minister Y.S. Jaganmohan Reddy had removed Nimmagadda from his post by issuing an ordinance making an amendment to the AP Panchayat Raj Act. Through the ordinance, the CM also tried to reduce the tenure, eligibility and method of appointment of the SEC.

At the same time, the AP government has sent two controversial Bills regarding the Capital for assent of the Governor. The state government introduced two Bills, one to repeal the Capital Region Development Authority Act (CRDA) and the other on decentralisation of administration, to facilitate trifurcation of the capital.

These Bills were passed in the Assembly in January, 2020, and then sent to the Legislative Council. The Opposition TDP which has a majority in the Upper House put brakes to the Bills and Council chairman MA Shariff announced that he was referring the Bills to the Select Committee, amidst ruckus in the House.

However, the Assembly refused to constitute the Select Committee stating that the Council chairman did not act as per the rules of the House. The opposition parties approached the High Court on the issue and it was pending there but the Assembly reintroduced and passed both the Bills again in the two-day Budget session held in June. The Bills were again sent to the Legilsative Council which did not take any decision on them.

After this, the two Bills were sent to Raj Bhavan for the Governor’s approval.