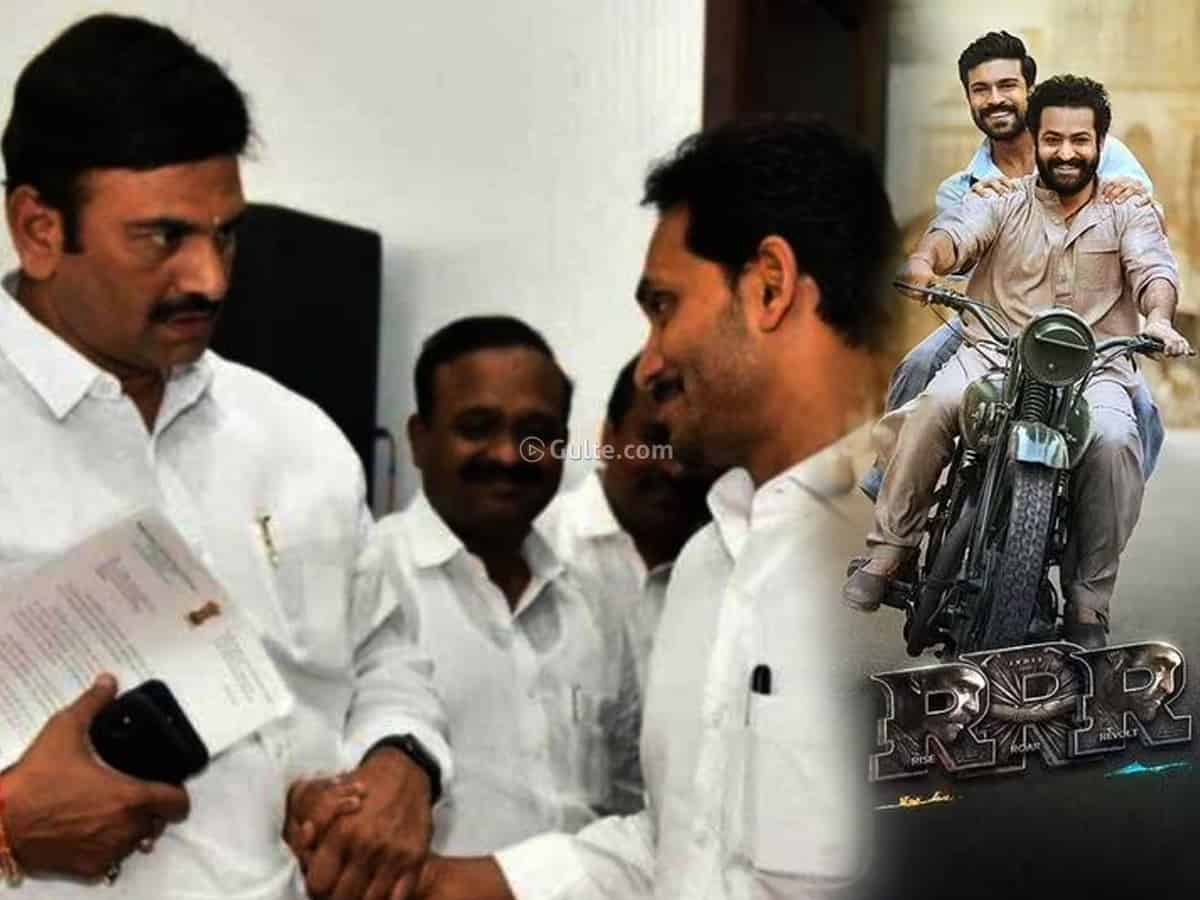 But RRR’s press meet got diverted to ‘RRR’ movie. Speaking he said, “I heard that J-Tax worth Rs 25 crore was laid on ‘RRR’ movie and all big politicians in AP reportedly bought the tickets for fancy prices. People who can afford these expensive tickets are going to watch it on the first day while the rest I mean the common man will watch when the ticket prices come down,” said RRR.

Sharing a meme that was posted on social media, RRR mocked Jagan sarkar which troubled the film industry by reducing the ticket prices and defended their standard that their government’s motto is to provide entertainment at affordable prices.

“As Jagan says, rest of the YCP leaders do ‘Bhajana’ and minister Perni Nani will be first in this list. Aren’t people watching what you (YCP government) have said in the past and how come the ticket prices are hiked upon the request of filmmakers? Why should filmmakers show the cost of production to a state government? What fate it is that the government decides the ticket prices after examining the cost of production of a film?” questioned RRR.

This is not the first time J-Tax made it to headlines. Earlier many TDP leaders accused YCP of collecting J-Tax all over the state while YCP’s mouthpiece Vijayasai Reddy is controlling Vizag with VJ-Tax. But the YCP never responded to this so-called political tax mafia.