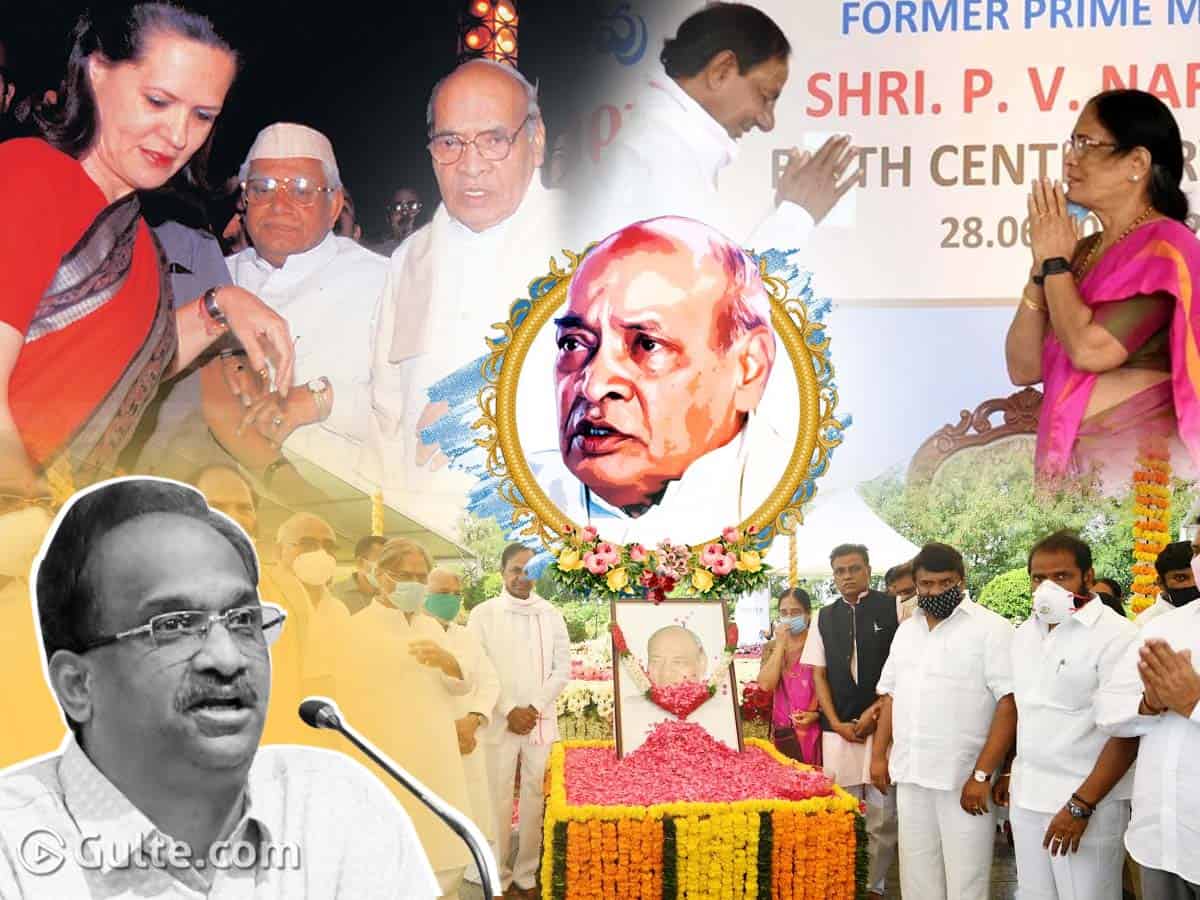 Meanwhile, media reports suggest that the TRS supremo is toying with the idea of sending late Prime Minister’s daughter, Vani Devi to Legislative council under governor’s quota in a further bid to appropriate the legacy of the late leader.

The Telangana congress is aghast at KCR’s political masterstroke. KCR intends to champion the legacy of PV, the iconic son of Telangana and thereby embarrass Congress in the state given the party high command’s antipathy towards the late leader.

The state congress is thus caught in a catch 22 situation. It cannot celebrate PV centenary in a grand scale as Sonia Gandhi’s aversion to the late leader is well known. PV Narasimha Rao was denied cremation at the national capital and his mortal remains were not even allowed into AICC headquarters.

Realizing the dilemma of the state congress, the BJP was quick to react. A host of BJP leaders including the Prime Minister often spoke gloriously of the life and deeds of late Prime Minister. The state BJP was also trying to capitalise on the son of the soil sentiment.

Even as the state BJP was getting ready to snatch away the PV legacy from the jaws of congress, KCR frustrated the BJP’s attempts to appropriate the legacy of PV Narasimha Rao in whom the saffron party sees an ally. The saffron brigade has a special love for Narasimha Rao as the sangh parivar could execute their plans of Babri Masjid demolition as the government headed by him allegedly remained a passive spectator to then unfolding events.

Even in the foreign policy arena, PV Narasimha Rao opened the doors of diplomacy to Israel, something which the BJP is fond of. The BJP is also ideologically supportive of PV Narasimha Rao’s free market economic reforms. Thus, Narasimha rao is perceived by the BJP as congress man with a saffron tilt.

Besides, KCR wants to send a message that his government is not under the influence of MIM which is strongly critical of late prime minister over Babri Masjid demolition.