Country Needs Him, Pushpa Gives All Her Property To Rahul Gandhi 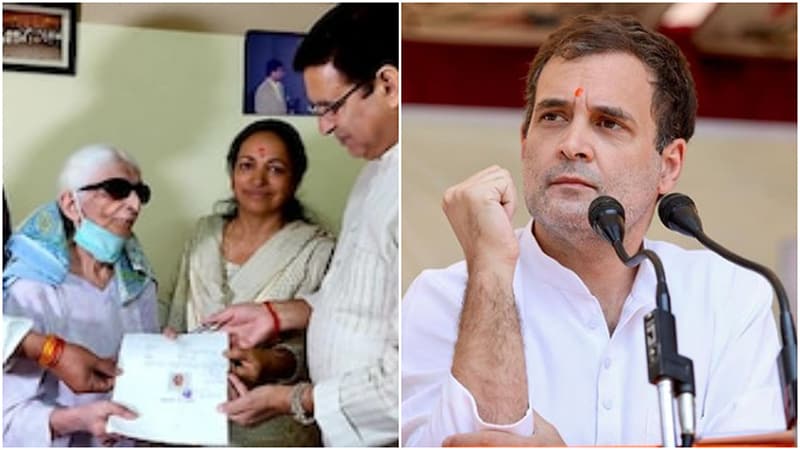 Seventyeight-year-old Pushpa Munjial hogged the headlines after transferring all her property, worth Rs 50 lakh, to AICC leader Rahul Gandhi stating that the country needs him and his ideas.

Munjial, a native of Dehradun in Uttarakhand, presented a will in the court, giving the ownership title of her assets to Rahul Gandhi. She said that she was extremely influenced by his ideas and hence, giving her property to him.

Pushpa, who worked as a teacher till her retirement, has been living in an old age home, Prem Dham, in Dehradun for the last 23 years. Her parents died long back while one of her brothers died of cancer. Now, she has a sister who does not have any objection with Munjial’s decision of giving her property to Rahul Gandhi.

Munjial was all praises for Rahul. “He is simple, straightforward and naïve. People bother him unnecessarily. His family had made immense sacrifice for the country.”

She said that the 10 tola gold presented to Rahul should be gifted to his wife, once he gets married. She said she considers Rahul as her son.