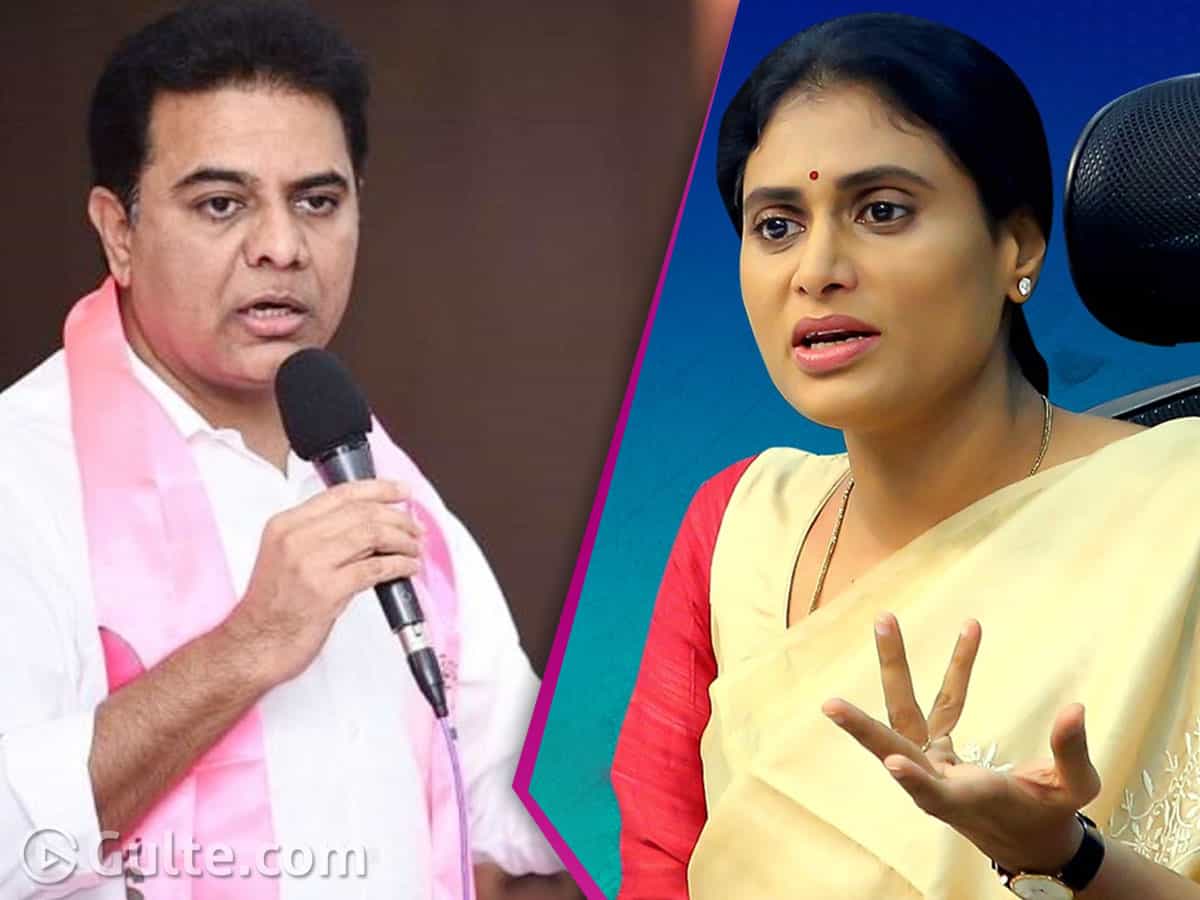 KTR’s comments on AP are yet to settle down. With YCP ministers hitting back at KTR’s bitter remarks, he issued a clarification that he has high regards for AP CM YS Jagan but did not withdraw his comments.

Guess what, sister has come in support of brother. Well it’s Sharmila who backed AP CM YS Jagan and his government but in manner without taking the names. “KTR has no friends in Telangana. If he had any friends, they would have let know the ground realities in the state. People are dying, farmers and unemployed are committing suicides,” said Sharmila. She also questioned KTR on agitators who took part in the Telangana movement.

“Many students committed suicide for separate state while agitators sacrificed everything. What about martyrs? Aren’t they KTR’s friends? Agitators and people who took part in the Telangana movement are now in distress that their sacrifices have gone in vain,” added Sharmila.

The YSRTP chief further said that instead of addressing people’s problems and resolving them, KTR is crying foul on neighbouring states. This meant she secondarily supported her brother Jagan.