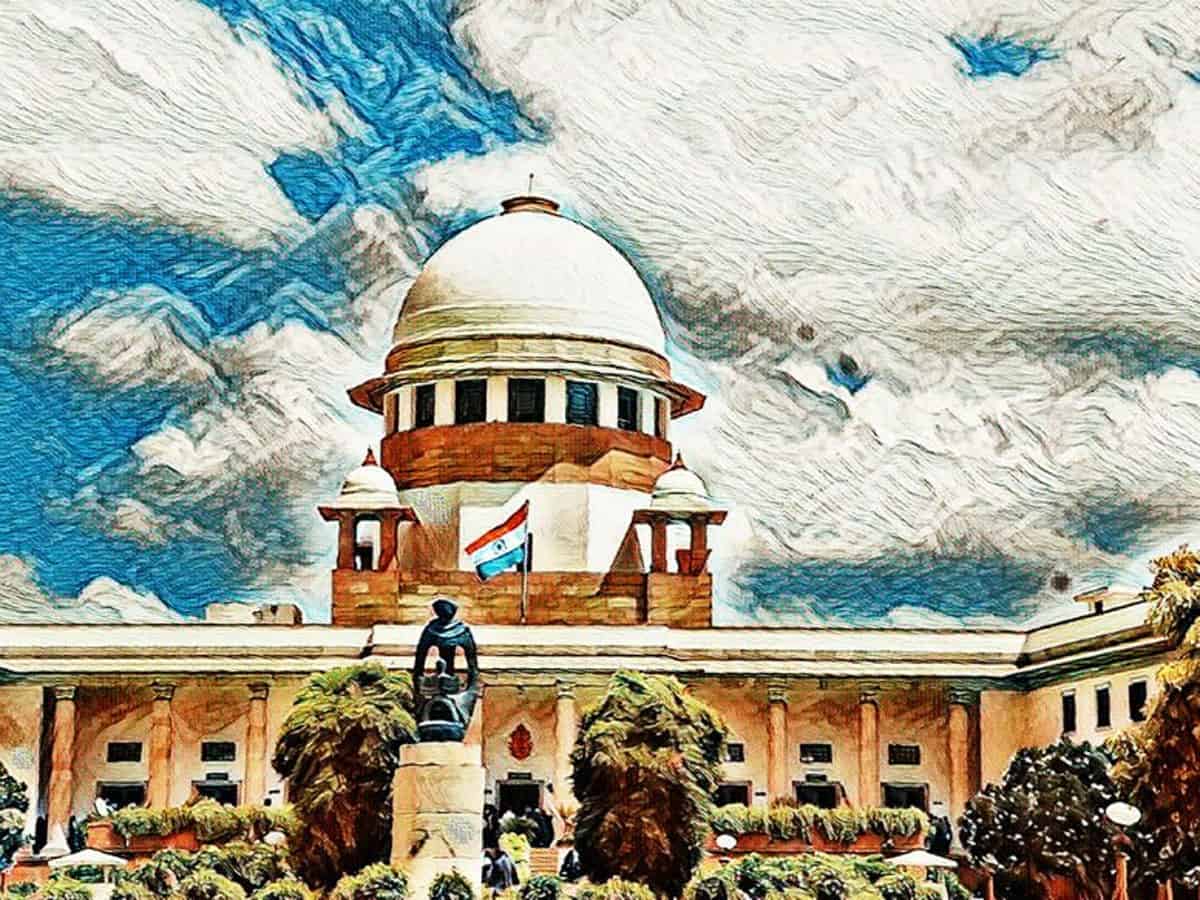 The series of petitions by the YCP government in the Supreme Court seeking stay on reinstatement of Nimmagadda Ramesh Kumar as the State Election Commissioner (SEC) seems to have landed the party in trouble what with the Supreme Court bench asking the officials to submit the complete evidences and clippings of the abusive language used by the party leaders against the judges, courts and judgements on the mainstream and social media, by next hearing.

The issue of YCP leaders showing disrespect to the judiciary was taken to the notice of the Supreme Court by well-known Supreme Court judge Harish Salve while arguing in favour of Nimmagadda Ramesh Kumar. Further, the SC Bench comprising CJI S.A. Bobde said that they knew what all was going on in AP and declared that they were not issuing the stay in Nimmagadda case deliberately.

Salve said that imparting motives to judges for their decisions, or referring to their caste, or saying that the judiciary was subservient to the government or toeing a party line, was not legitimate criticism and undermined people’s faith in the judiciary.

Now, in the Nimmagadda case, the AP government came back with an order from the Supreme Court by approaching it again seeking a stay on the reinstatement orders of the SEC. Hence, the government has no option than to reinstate Nimmagadda as the SEC which the CM does not want to do at any cost.

Time and again, the YCP leaders stress that they have a huge mandate of 151 MLA seats but they seem to forget that they too are a part of the Constitutional framework. The YCP men, right from Chief Minister Y.S. Jagan Mohan Reddy and Speaker Tammineni Sitaram to the lower-rung party leaders and activists, have shown their disrespect towards the courts and the judgements delivered by the courts as they went against the interests of the YCP and the CM’s wishes.

Taking serious note of it, the AP High Court, in May, has directed the state government to file cases against nearly 49 persons for using disrespectful language and expressing their loath against the courts and the judgements. However, DGP Gautam Sawang has not initiated any action in this respect so far. It is learnt at a few more persons have been added to the list of 49 people taking the total to 97 now.

The AP HC has even initiated contempt proceedings against YCP MP Nandigram Suresh and 48 others for intimidating judges of the Supreme Court and High Court. YCP leader Amanchi Krishna is among those whom the HC had asked the Jagan government to issue notices for their comments and social video posts lowering the dignity of the court. The YCP leaders attributed motives to the judges in abusive and threatening language.

The Court issued the directives after it received details of social media posts of the accused targeting judges. The Advocate General also stated that the comments tend to scandalise the institution of judiciary.

The YCP leaders began attacking the judiciary after Jagan Mohan Reddy’s decision to make English mandatory medium of instruction in government schools. The YCP leaders were irked after the HC transferred Dr Sudhakar assault case to the CBI. It also set aside suspension of senior IPS officer A.B.Venkateswara Rao.

Even in the LG Polymers case, the HC ordered seizure of the plant premises. The HC also issued notice to Jagan’s government on the sale of government land. The series of judgements against the YCP government made the Opposition parties demand that the CM should step down on moral grounds as every decision of his was failing judicial scrutiny.

Now, if the evidence of the YCP leaders’ abusive remarks is taken to the notice of the Supreme Court, then the action taken by the ultimate judicial authority can prove harmful to the YCP government. When all the wings of the Constitution fail to discharge their duties lawfully, it is the apex court which will have to ensure justice to individuals or organisations.

When the judiciary’s orders are ignored by the state and central governments, then it leads to a Constitutional crisis. In such a situation, the respective government will be dismissed, as per the Constitutional guidelines. If action has to be taken on all the 97 who spoke light of the judiciary, then Assembly Speaker Tammineni Sitaram will also be at the receiving end, as he also said “Why can’t the judiciary only rule the state than issuing orders that something should be done like this or something else should be done like that?” Political observers remind that the Speaker is also a Constitutional head similar to a Judge and should not have any political leaning.

In case, no action can be taken against the accused YCP leaders then the apex court will promulgate Article 356 which means a state of Emergency will be declared and President’s Rule will be imposed in AP.

Political analysts wonder if the YCP government is functioning as an organisation with accountability or an ignorant body which does not care for the different wings in the Constitution or an arrogant dispensation which acts on its way. They should understand that courts do not work in isolation, they suggested.

Hence, it would be better if the YCP government, led by CM Y.S. Jagan Mohan Reddy, keeps it in mind that though he has a huge mandate and is the people’s representative elected democratically, the judiciary too is also a part of the same democracy.