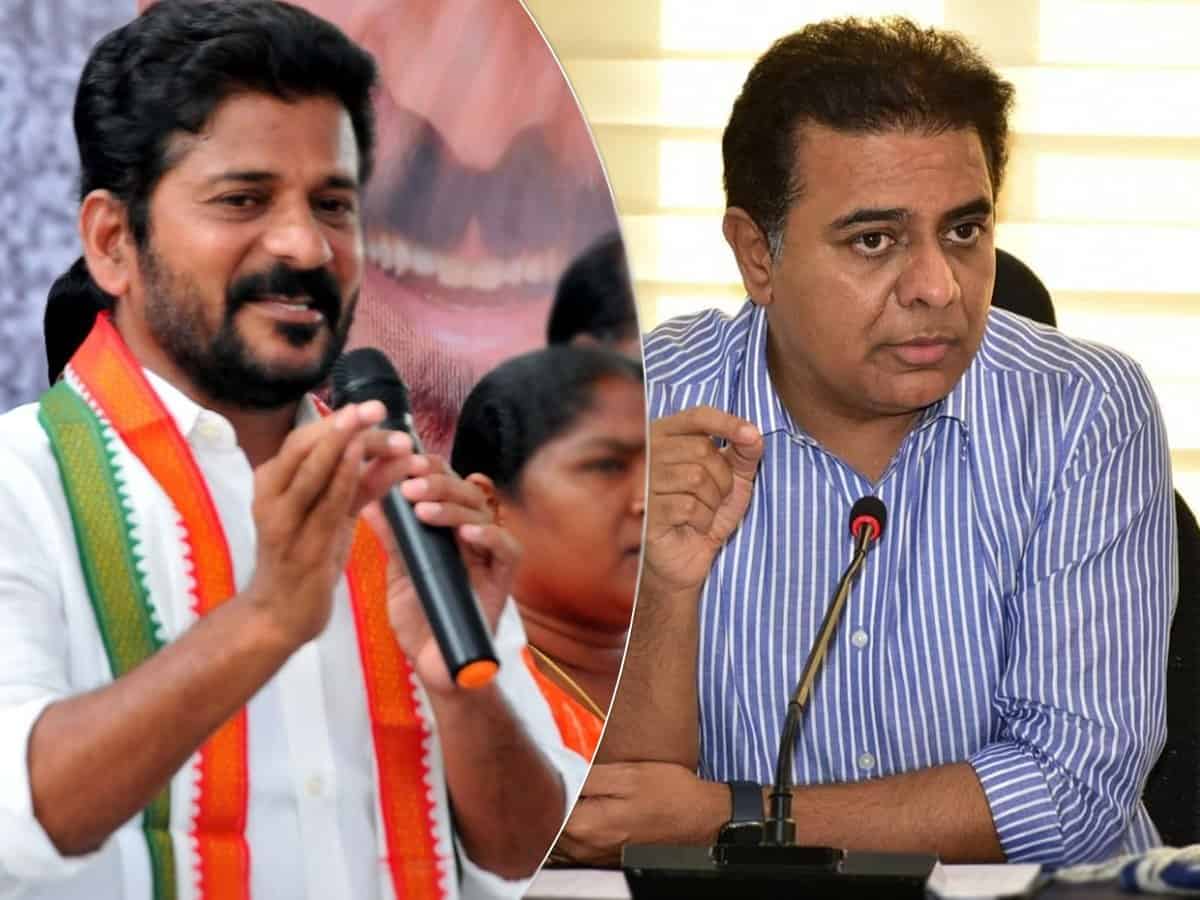 With Congress leader Rahul Gandhi tour of Telangana, the politics in the state have heated up. The T-Congress is doing an unprecedented campaign for RaGa’s visit and their leaders are looking with full josh.

But on social media an interesting development took place. TRS Working President KTR blocked the Twitter handle of INC Telangana and this called for a verbal tweet war from either side.

“KTR blocked the official Twitter handle of the Telangana Congress for not being able to answer questions asked on behalf of the people. Blocking the Twitter handle of a national party mirrors the KTR mentality,” tweeted INC handle.

Countering this, TRS social media convenor Krishank shot at T-PCC chief Revanth Reddy. Apparently Revanth blocked Krishank long back and he added that if the Congress Twitter handle runs in the hands of Godse anyone will be blocked.

In a few more hours RaGa will be landing in Hyderabad and he will straight away head to Warangal for the Rythu Sangarshana meeting.

This weekend we are going to witness a huge verbal war between TRS and Congress. Brace yourself.