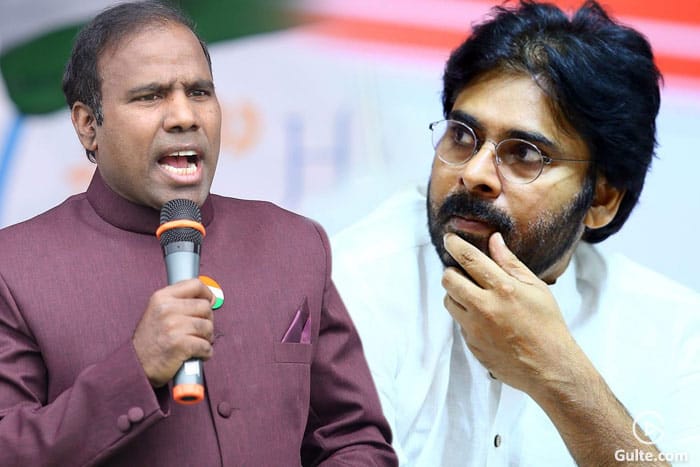 The national politics tend to surprise many. They work with different point of view and they revolve around various parameters. Here is one such classic example. Union Home Minister Amit Shah is the second-most powerful person in the country right now after PM Narendra Modi. So, Amit Shah’s appointment is highly difficult to get.

Evangelist turned political party founder KA Paul has met Amit Shah. While what is the subject of discussion is a different topic altogether, what is ironic here is that Paul got Shah’s appointment easily whereas BJP’s ally Janasena’s president and actor Pawan Kalyan failed to get Shah’s appointment. In the past, Pawan had been to Delhi and waited for about 3 days for Shah’s appointment, but he couldn’t get.

No doubt, KA Paul was a popular figure and had high-profile contacts globally, but his graph and image had come down and took a beating due to his political entry. Pawan, on the other hand, is not just a prominent personality in the Telugu states with an immense following, but he has also supported BJP selflessly.

Many are trolls are observed that how come KA Paul was given more preference compared to Pawan Kalyan at the Centre. Pawan’s fans and Janasena supporters are feeling ignored by the BJP’s top brass despite their support to the Lotus party. The point here is KA Paul is at loggerheads with KCR and TRS. Since Amit Shah has set his focus on Telangana, he is eyeing options to counter KCR. And KA Paul, who is smart enough, seems to have got a strong recommendation from BJP leaders who might have helped him in getting Shah’s appointment. Whereas Pawan Kalyan is still taking baby steps in politics. Since politics always revolve around necessities, one can’t help but feel sad for Pawan.

In AP, BJP has a hand-in-glove alliance with ruling YSRCP. Although they oppose Jagan at state-level, Jagan is in the good books of Modi and Shah for his support to the Centre and his rift with Sonia’s family. Pawan has no other option but to stick to the Lotus party even though he’s aware of YCP-BJP’s bonhomie. BJP is certainly playing its cards well via triangular love story with YCP and Janasena. It is also taking on KCR and KTR in Telangana. Now, it’s time for Pawan Kalyan to introspect and play his game well.