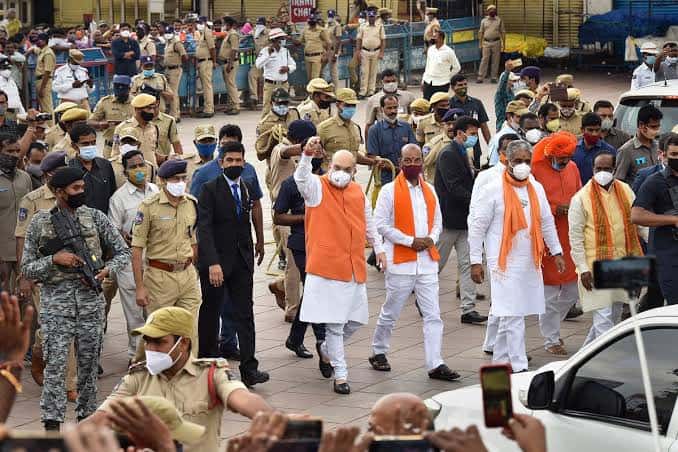 Union Home Minister Amit Shah landed in Hyderabad a few minutes back and he will be in Telangana for about six hours. He inaugurated national cyber forensic labs a while back and now he is at Tukkuguda where Telangana BJP is hosting a massive public gathering.

With Amit Shah’s visit to Telangana, the political atmosphere has heated up. TRS Working President KTR and MLC Kavitha shot big questions at Amit Shah on the unfulfilled promises to Telangana. This is a regular and routine criticism but Harish Rao’s swipe is quite hilarious.

TRS folks have enjoyed this hilarious meme and they are widely sharing the meme among the TRS sympathizers groups and fan pages.

But for T-BJP, they are pumped up with Amit Shah’s visit. Last week BJP National Working President JP Nadda toured Telangana and now Amit Shah. T-BJP is going from strength to strength.