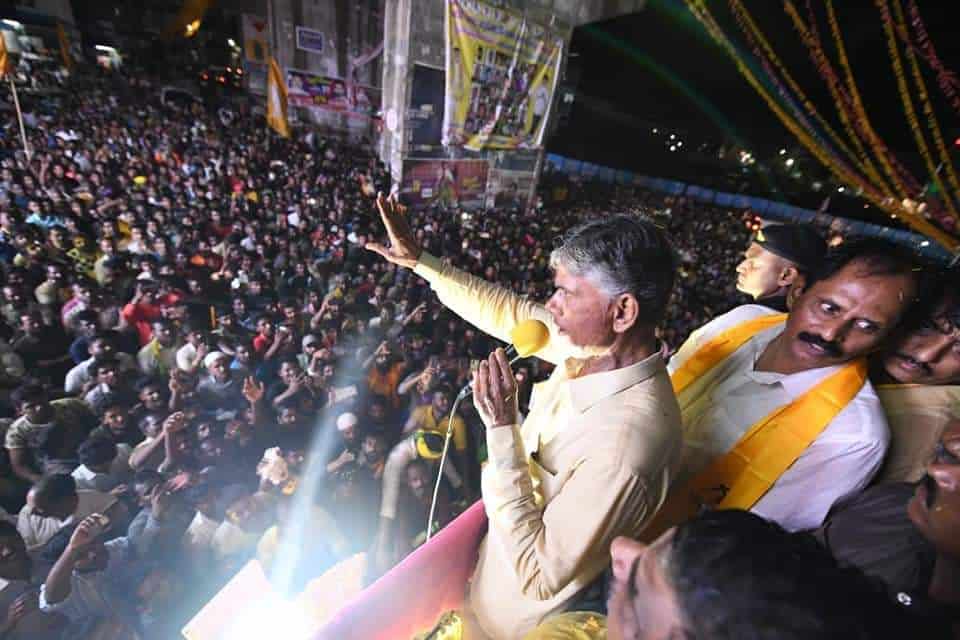 A day after his public meeting at Kamalapuram in Kadapa, TDP chief and former CM Chandrababu Naidu addressed a large gathering in Kurnool. Crowds were seen in large numbers at Naidu’s public meetings notwithstanding the hot sun.

Chandrababu Naidu has launched an all-round political attack against CM YS Jaganmohan Reddy and his administration. Naidu is seen highlighting the glaring mistakes of Jagan’s governance and reaching out to people with his witty speeches. From Polavaram to investments to employment to 3 capitals, Naidu has been targeting CM Jagan.

Chandrababu seems to have changed his soft stand and turned aggressive with the elections two-years away from now. CM Jagan has reshuffled his cabinet and finalised 4 candidates for Rajya Sabha. Jagan wants to go to elections with the current cabinet.