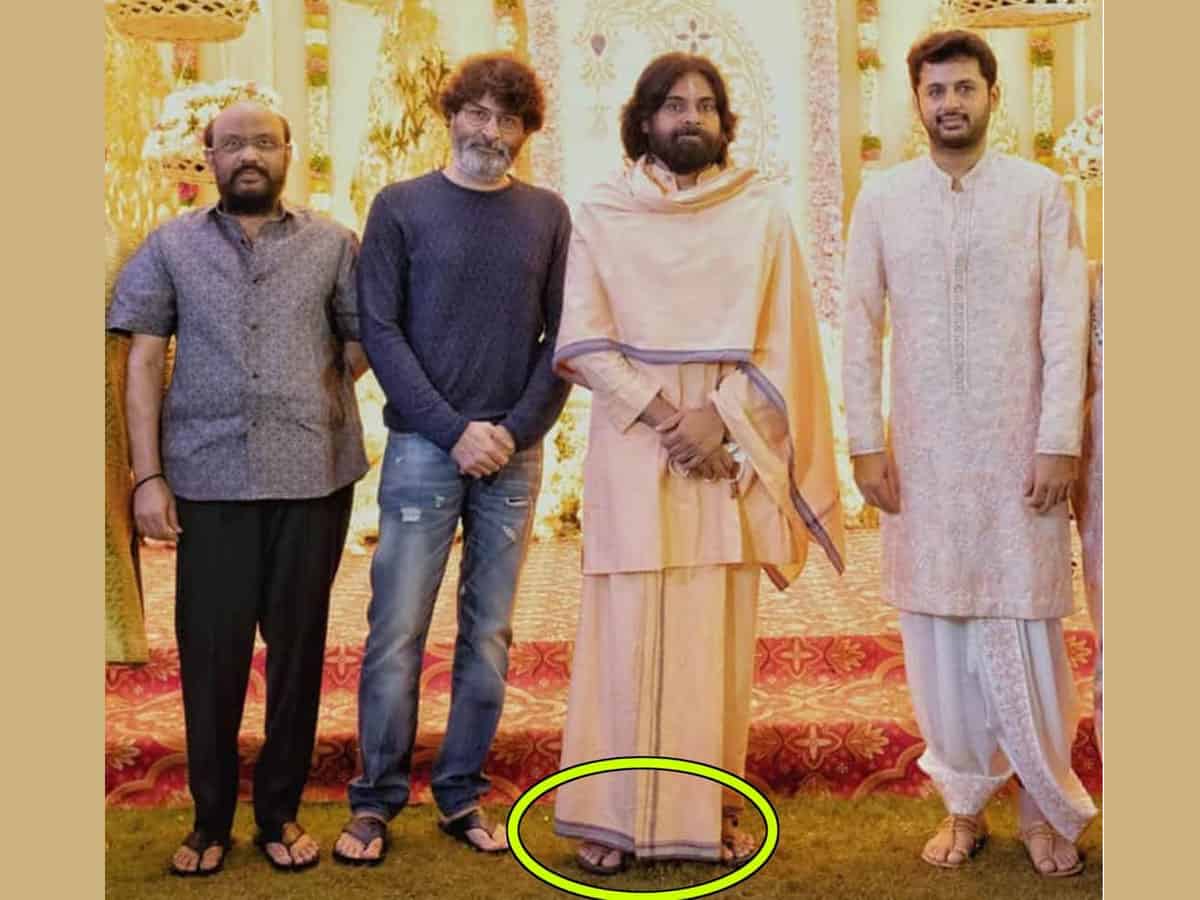 YSR Congress Party has once again stepped up its attack on Janasena chief Pawan Kalyan. After Pawan’s interviews slammed the ruling YCP government over the facilities and treatment to Covid patients, YSRCP has pointed out at Pawan Kalyan’s footwear and questioned why he is wearing footwear during auspicious Chaturmasya Deeksha.

Devendra Reddy, the Chief Digital Director, Govt of Andhra Pradesh and State Social Media Incharge of YSRCP, ridiculed that Pawan wore chappals during his visit to Nithiin’s Pellikoduku function. He wrote that the Vratas and Dikshas are meant for self-purification and soul-stirring experience. He said the honesty and sincerity of one doing Dikshas would reflect one’s devotion and personality. He then questioned, “Does Pawan don’t know that one who is doing Chaturmasya Diksha should not wear footwear? Or does he follow his leader Chandrababu Naidu who does Pujas by wearing his footwear.”

With this, YCP targeted both Pawan Kalyan and Opposition leader Chandrababu Naidu at one go. Interestingly, by targeting Pawan’s chappals during Chaturmasya Diksha, YCP has also caught Pawan’s political friend BJP off guard. Thus it followed the strategy of killing two birds with a single stone. One has to wait and watch, what would be the reaction/counter of Janasena’s digital regiment Shatagni to YCP’s allegations on Pawan wearing chappals during Chaturmasya diksha.