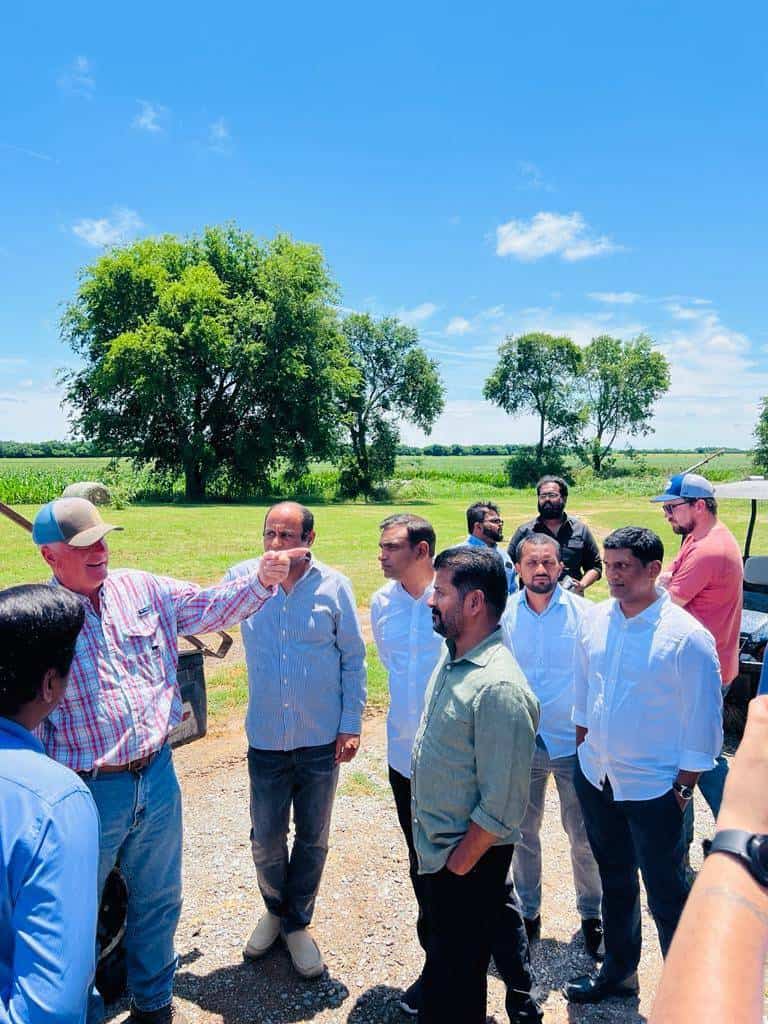 Telangana PCC chief Revanth Reddy’s absence at T-Congress mini Chintan Shivir is something that drew a lot of eyeballs. But where is Revanth? A look into his social media timeline, he is currently in the United States.

In his US tour, Revanth is wasting no time by gathering support from the NRI community. In Dallas, fans of Revanth and Congress held a huge rally on the eve of Telangana Formation Day. Also Revanth visited a farmer who is reportedly cultivating 6000 acres.

Sharing pictures of his farm visit, Revanth wrote, “Visited farmer Mike Fallon in Dallas who is cultivating 6000 acres of land…I have taken a feed back on agricultural policies, costing, insurance, US Government support and viability.. Good experience…”

Revanth is likely to return to Hyderabad during the weekend and he is expected to resume Rythu Rachabanda.

With just one and half years away from the Assembly elections, Revanth is making serious efforts to woo the farmers who play a crucial role in the polls. The Warangal Declaration is being published by Revanth and T-Congress that it would be a gamechanger for them.