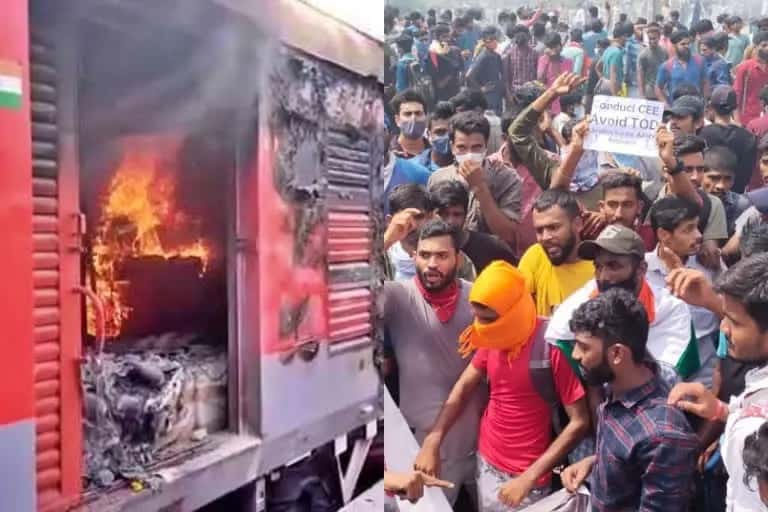 One protester and eight people were severely injured in violent agitation at Secunderabad Railway station. This protest is against the Agneepath/Agniveer scheme that was recently announced by the government of India.

With the situation losing control, the Railway Protection Force (RPF) entered the scene and they fired at agitating youngsters. In this fire one person dead and eight people were severely injured.

Alerted by this incident, the Hyderabad police have tightened security at Kacheguda and Nampally Railway stations. Reacting to these violent protests, KTR tweeted that “The violent protests against #AgniveerScheme is an eye-opener & acute indicator of the magnitude of unemployment crisis in the country. Pehle Desh ke Kisan Ke Saath खिलवाड़ Aur Ab Desh ke Jawan Ke Saath खिलवाड़. From One Rank – One Pension to proposed No Rank – No Pension!”

Protesting youngsters claimed that army exams were postponed 11 times in the last two years and Covid-19 is being cited as the reason. They demanded that the union government should withdraw the Agneepath/Agniveer scheme immediately.