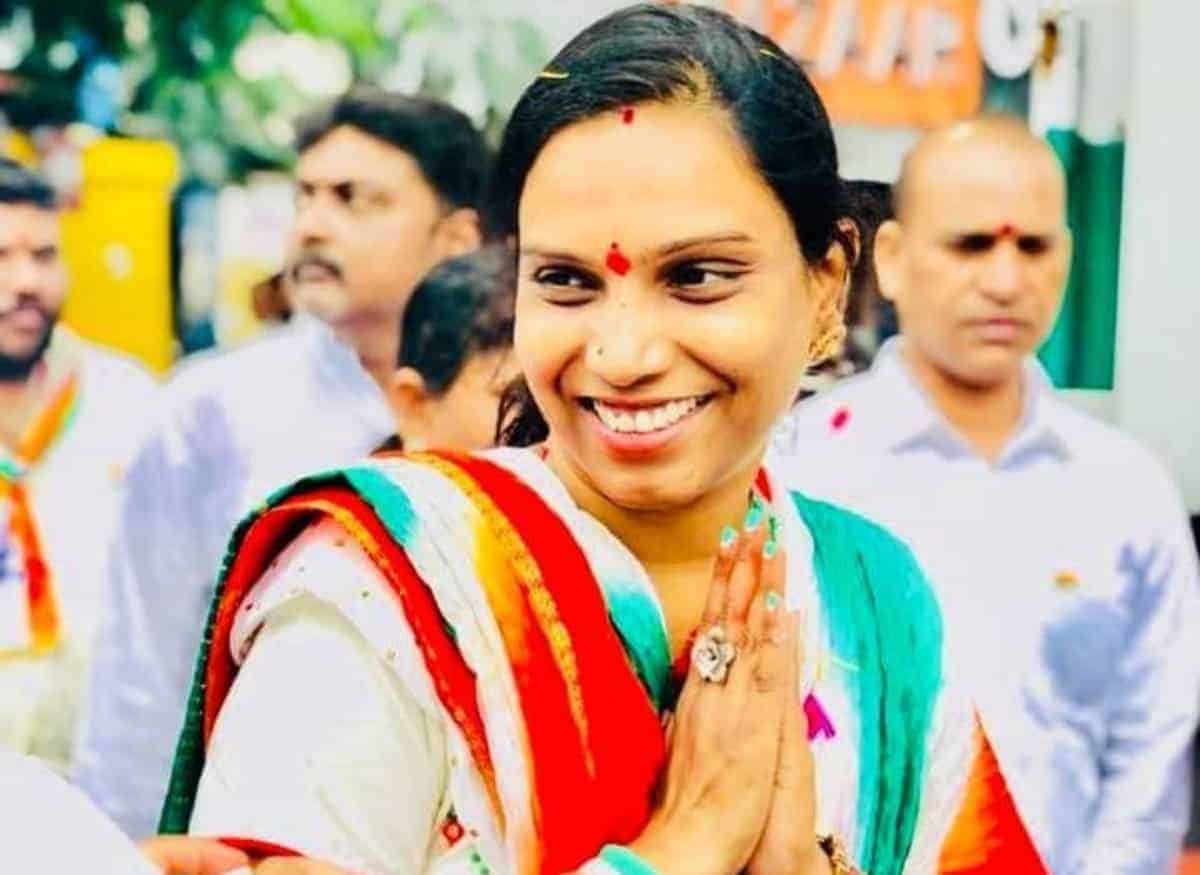 Late P Janardhan Reddy’s daughter Vijaya Reddy met T-PCC chief Revanth Reddy and confirmed that she would be joining Congress party. Vijaya Reddy is deeply upset with TRS leadership for many reasons and eventually she quit the party while this is a major setback for the TRS.

Speaking on quitting TRS, Vijaya Reddy added that she was asked to not cross the dotted line that was drawn by the TRS leadership and she could not stay in it for long. When asked the reasons for joining Congress, she replied that it is the only party that is fighting against the BJP in the country and she believes in Sonia Gandhi and Rahul Gandhi leadership.

Despite getting no assurance of a ticket in the next Assembly elections, Vijaya Reddy is set to join Congress on June 23rd.