Pawan! Will You Turn Them Into Votes At Least Now? 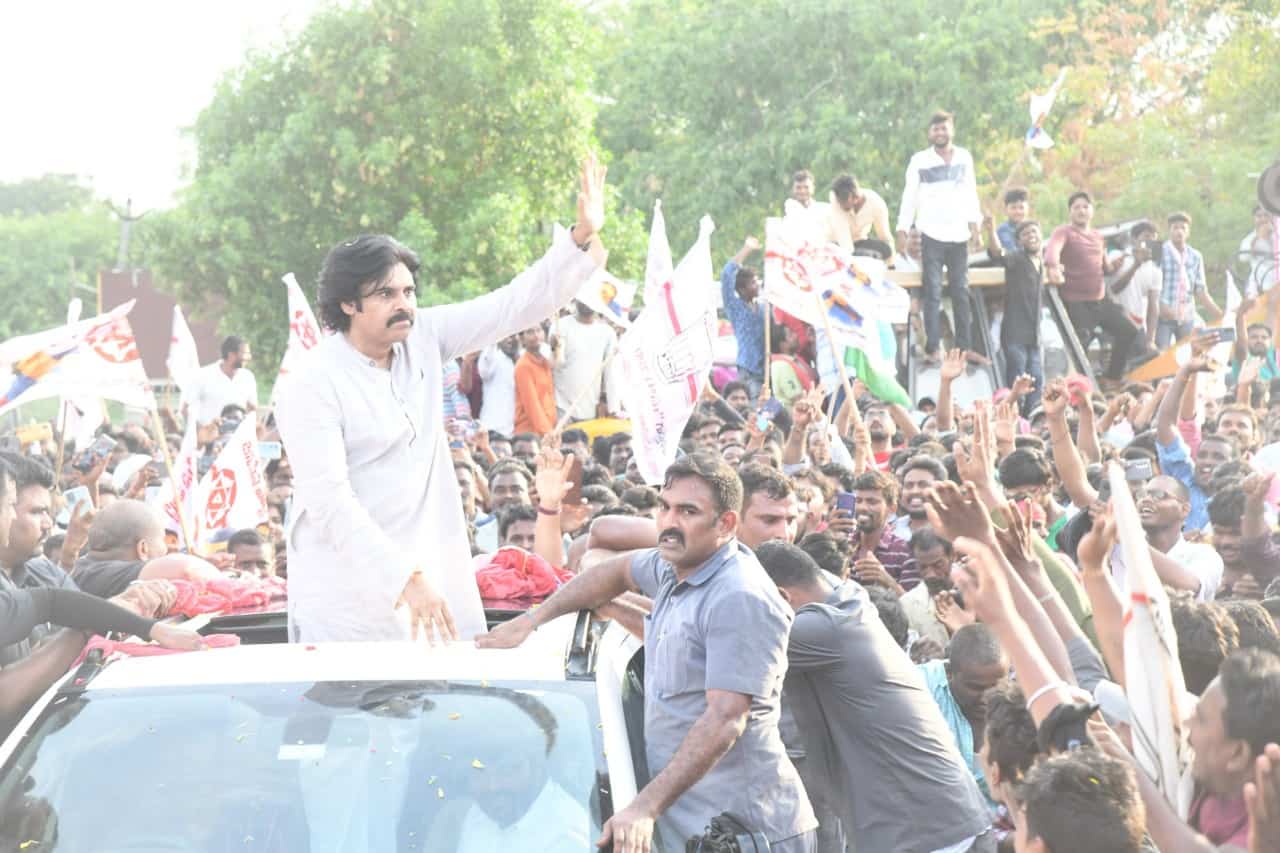 Other day as Janasena President Pawan Kalyan took up his roadshow in the new convoy in Andhra Pradesh state, as he turned up at places like Chilakaluripeta, a sea of admirers have stormed to the location to catch a glimpse of him.

Undoubtedly the thousands of audiences attending the events or no less than the numbers that appeared for TDP Chief Chandrababu’s rallies and YS Jagan’s meets in the recent times. But what is to be worried about here?

The sea of admirers that turned up at Pawan’s road shows other day are giving huge hopes to the Janasena party that they could do really well in the upcoming general elections. With rumors everywhere that the Andhra Pradesh government led by YS Jagan might opt for early polls, surely Pawan has done the right thing by taking up the road shows.

However, the moot question is, will this sea of admirers turn up into votes and push Janasena to power or at least some notable wins. Because, crowds turned up in 2014 and 2019 too, but that doesn’t help even Pawan win his seat in the two constituencies he contested from.

At this point of time, the complete thing remains with Pawan Kalyan whether he could turn this admiration into votes or not. As he failed to do it last time, he has to be more constructive, believable and trustworthy now.

Though PK’s following could be related more to his film stardom, this is the time he should turn that fan-love into a political love as well. We have to see what will Pawan do anyway to make this happen.