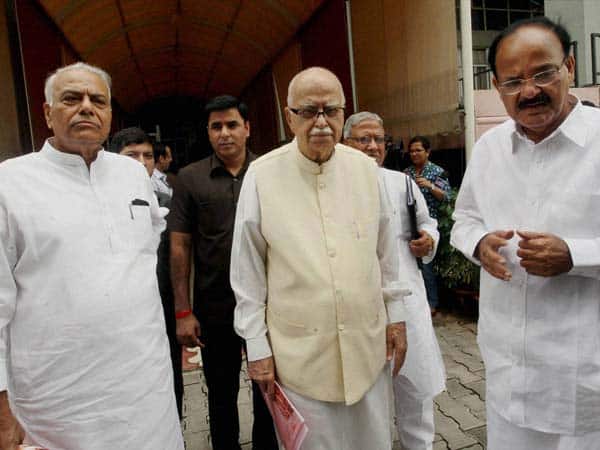 Union Home Minister Amit Shah, BJP National Working President JP Nadda and Rajnath Singh met Venkaiah and latest reports suggest that the trio suggested Venkaiah to contest as President. BJP is likely to announce their candidate by the end of the day.

On the other hand, former union minister Yashwant Sinha has resigned to Mamata Banerjee’s Trinamool Congress (TMC) and quitting the party, he stated, “I must step aside from the party to work for greater opposition unity.” Immediately reports claimed that Sinha will be contesting for the President on behalf of the opposition.

If Venkaiah Naidu and Yashwant Sinha are in the race for the Presidential elections, it would be a battle between old friends. Both Naidu and Sinha worked under Vajpayee and they share great friendship over the years. But differences with PM Narendra Modi and current BJP leadership, Sinha resigned to BJP and joined TMC in 2021 and he was made party Vice President by Didi.

And it would be a tough fight given the image both Naidu and Sinha have among the political parties in the country. Nevertheless it would be a challenging task for the BJP with a strong opponent at the other end.