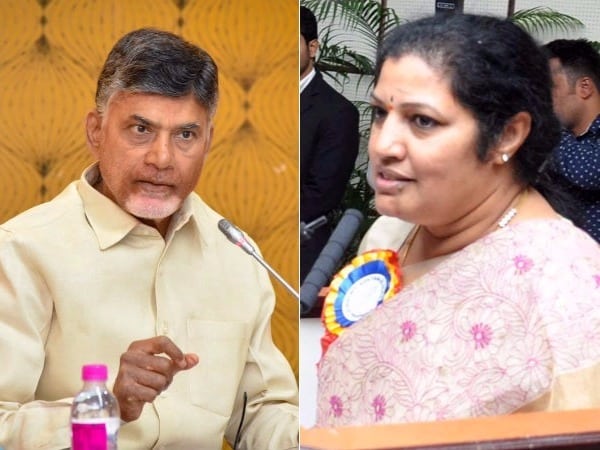 If top speculations are anything to go by, NTR’s daughter Daggubati Purandeswari is all likely to join TDP ahead of the elections. Both the Nandamuri family and Nara family have ironed out their family rifts and patched up recently.

It all began when YSRCP members had allegedly made some ugly and insulting comments against Nara Bhuvaneswari in AP Assembly. Chandrababu broke down in front of the media and alleged that the YCP is resorting to “character assassination” of his wife. This led to the joining of the Nandamuri and Nara families who have come together to condemn such heinous comments. This made both the families dearer.

The latest buzz we hear is that Naidu wants to field purandeshwari in Gudivada against Kodali Nani in the coming Assembly elections. Even the close sources in TDP are confirming these speculations. This will certainly be an interesting battle to watch out for.

It can be noted that Purandeswari had quit Congress in 2014 and joined BJP. Since then, she hasn’t got due recognition in the party or the central government. Meanwhile, her husband Daggubati Venkateswara Rao and son Hitesh had resigned from YCP. If the Daggubati family comes back to the TDP fold, it is certainly going to make the party stronger in 2024.