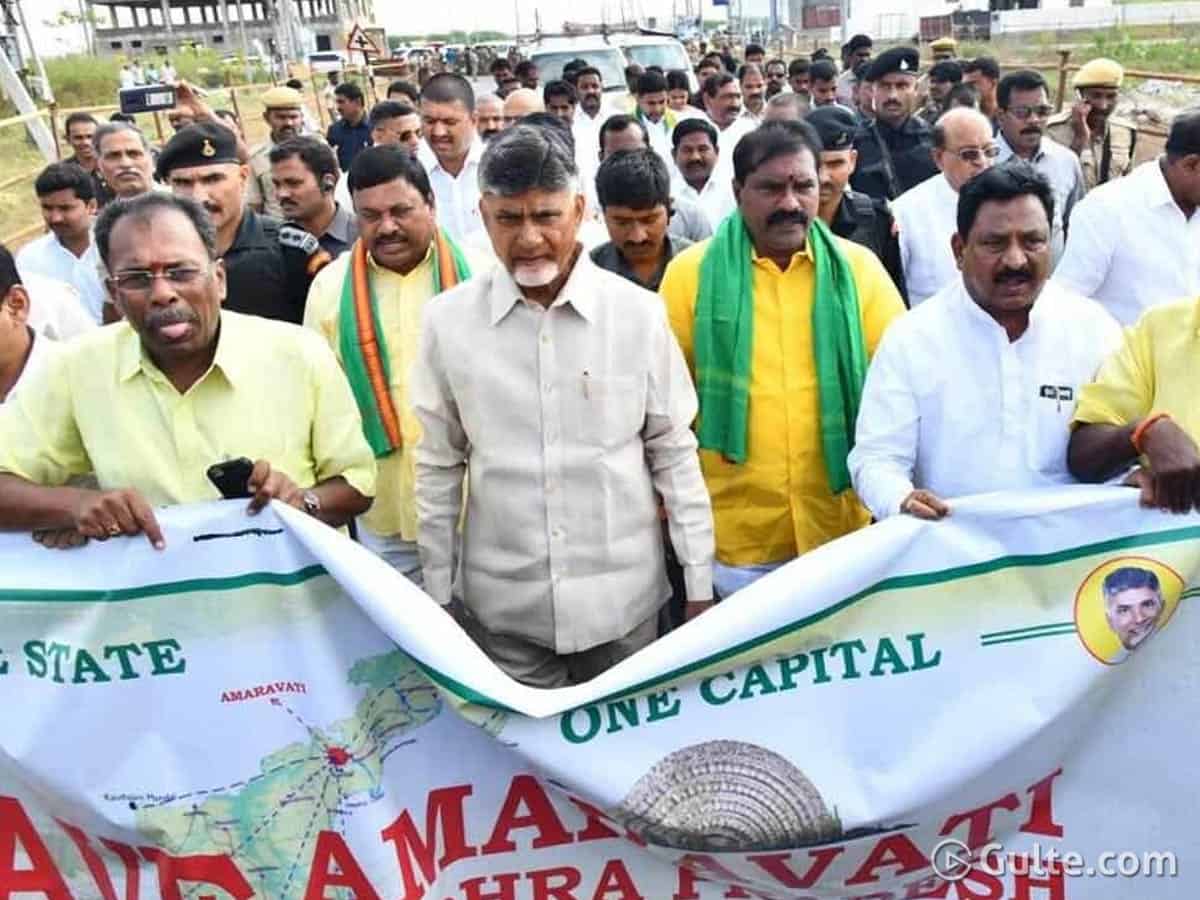 In 2009 elections, TRS party won just 10 Assembly seats and then many politicians started commenting that the Telangana sentiment got faded away. In the series of events after KCR’s hunger strike, all the TRS MLAs had resigned and a by-election came in. TRS swept the by-poll and once again the Telangana sentiment hit its peaks. The rest is history.

Now TDP has a golden chance to repeat this sort of event. In the wake of AP Governor approving ‘Three Capitals’ and CRDA Cancellation bills, TDP is fuming and is criticising YCP government for betraying the farmers of Amaravati.

Countering TDP’s criticism, YCP leaders like Kodali Nani and Roja are challenging TDP MLAs to resign and go for a by-election. In fact this is a golden opportunity for TDP and probably they should consider of resigning and inviting a by-poll.

In case if TDP sweeps the by-poll, Amaravati agitation and sentiment will become super strong and definitely it would be a setback for YCP government and who knows, a downfall of the ruling party too.

TDP won 23 Assembly seats in the last elections but the party had lost 3 MLAs to the ruling party. Currently TDP’s strength is 20 in the Assembly and the party should act swiftly and intensify its agitation.

What is in TDP’s mind is yet to be known!