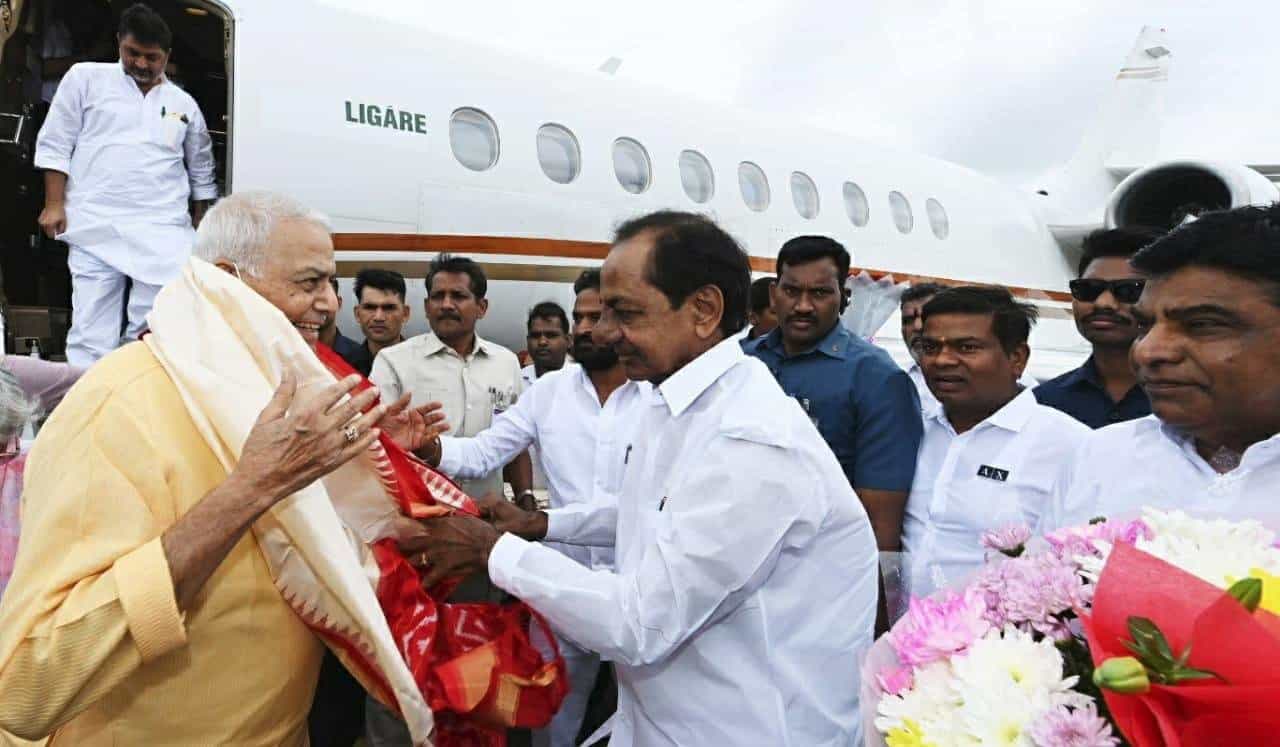 The city of Hyderabad is buzzing with a lot of political activity. PM Narendra Modi is set to arrive today for BJP’s National Executive Meeting while former union minister Yashwant Sinha who is contesting for the Presidential elections, landed at Begumpet airport a few minutes back.

TRS chief KCR offered a grand welcome to Yashwant Sinha at Begumpet airport. All the prominent leaders of TRS including KTR gathered at the airport and welcomed Sinha. But yet again KCR snubbed PM Modi.

In the last six months PM Modi visited Hyderabad three times and all the three times, KCR did not receive Modi. Instead Animal Husbandry minister Talasani Srinivas Yadav will do the honours on behalf of KCR and yes this is purely a political move.

Not stopping here TRS hosted a bike rally in support of Yashwant Sinha’s candidature for the President and the route of the bike rally passed by Raj Bhavan to show the prowess of TRS to Governor Tamilisai Soundararajan who has become a spot of bother for the ruling party.