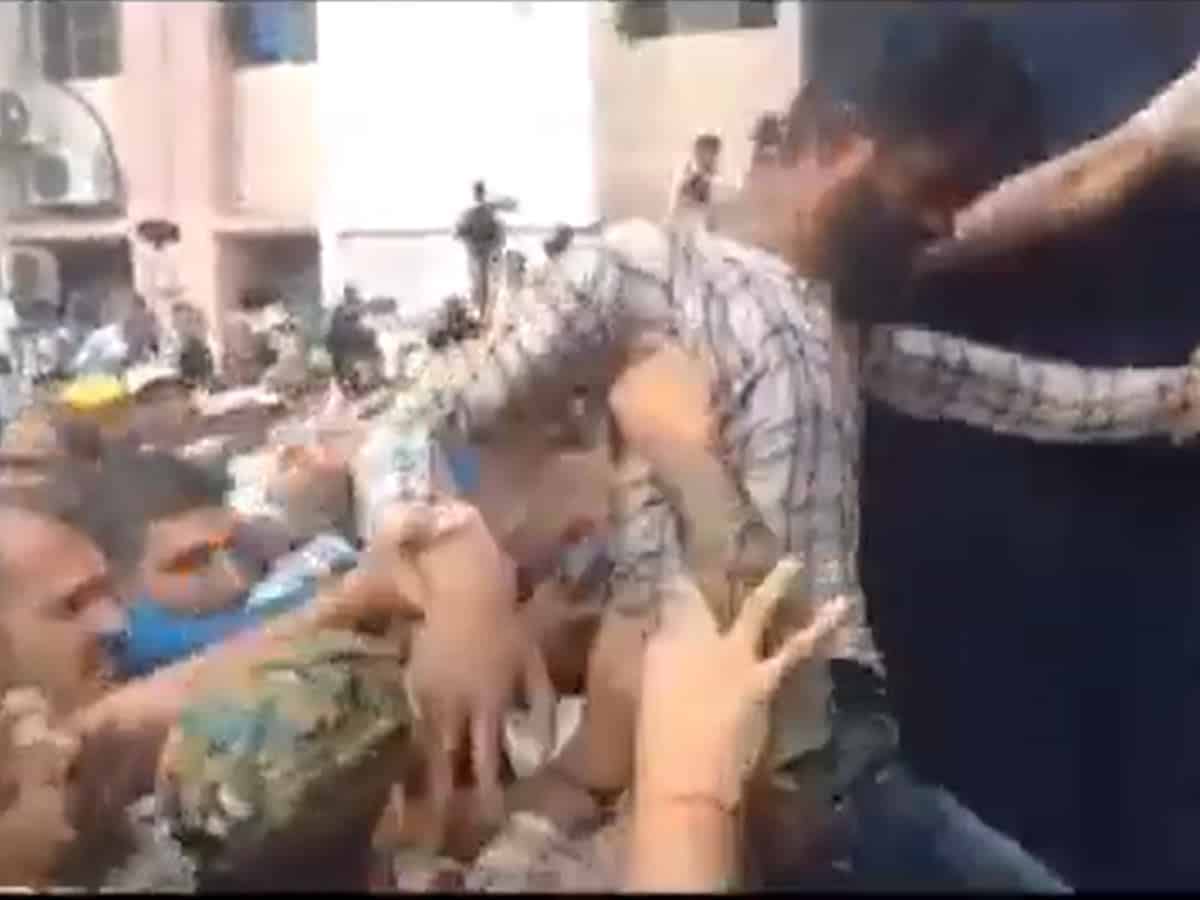 The sensational case of Kanhaiya Lal’s killing by two men Riaz Akhtari and Gos Mohammad, in his own store, is being investigated from multiple angles. The two killers were taken to Jaipur court, where a large mob attacked them and ripped their clothes.

Police quickly put them in the waiting van and avoided major injuries. A tailor Kanhaiya Lal was murdered on Tuesday by two men and they filmed the killing on their phones. Later they flaunted their cleavers and threatened to target PM Narendra Modi.

Two more people were allegedly involved in a recce of Kanhaia’s shop and were also arrested in the conspiracy to kill Kanhaiha Kumar. Today, the four accused were presented at a National Investigation Agency court in Jaipur. Many lawyers and the crowd on court premises shouted slogans ‘Pakistan Murdabad’ and ‘Kanhaiya ke hatyaron ko fanci do’