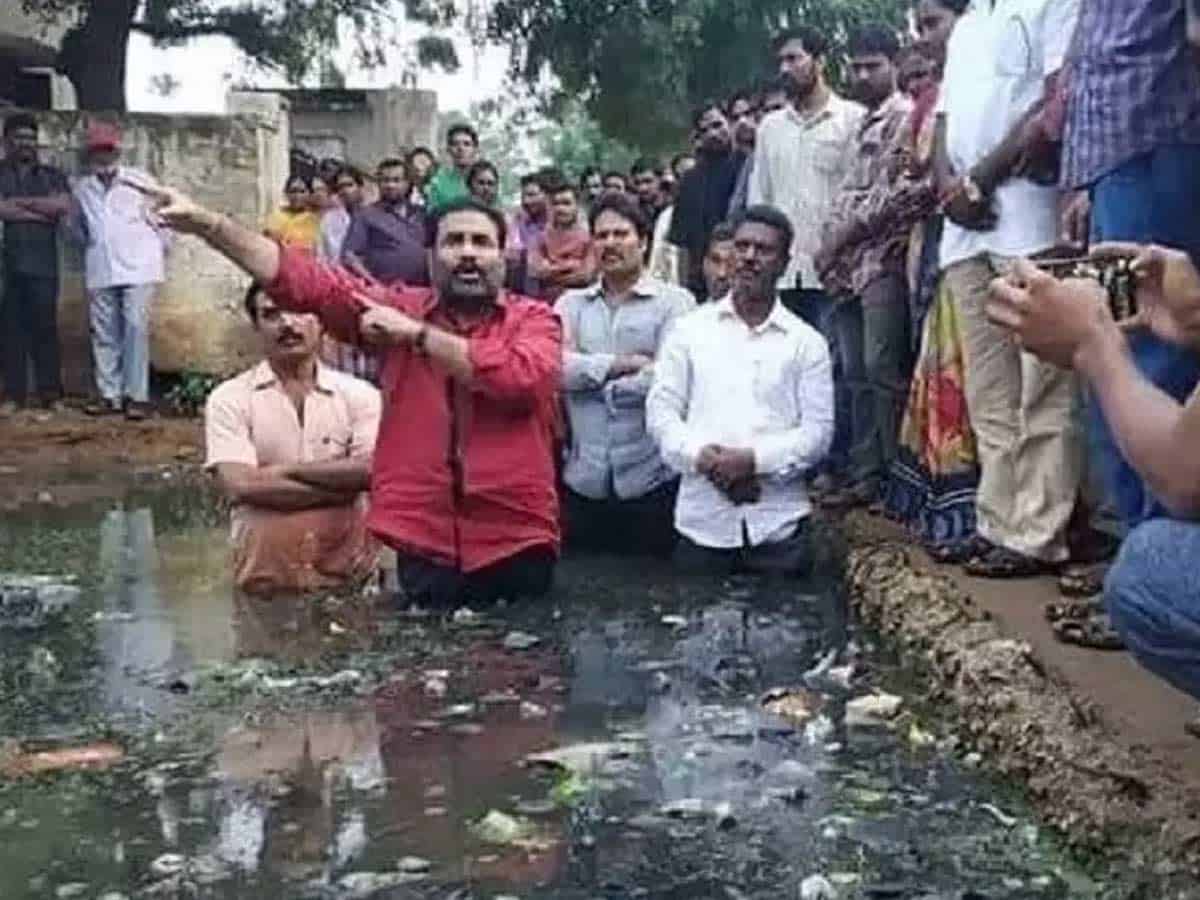 YCP MLA Kotamreddy Sridhar Reddy staged a protest that turned sensational. The ruling party MLA visited Nellore rural constituency’s 21 division, Umamareddy Gunta and he has been demanding for a bridge at this place because of the sewerage issues the locals are facing.

Apparently this division falls under the local municipal corporation but they argue that it is the responsibility of the Railways department. For years MLA Kotamreddy raked up this issue since the people are getting troubled and their worries double when the rains arrive.

Vexed with the attitude of the Railways department and local municipal authority, YCP MLA sat down in the sewerage canal and demanded the officials to set a deadline for this construction and completion of the bridge. With the ruling party MLA protesting against officials, large number of people gathered and ensuring the situation doesn’t slip out of the hands, the officials entered the scene and pacified MLA Kotamreddy.

However, MLA Kotamreddy was adamant that he wants a promise in a written format. With no other options the officials have done as the MLA demanded that they would take up the construction of the bridge on 15th of this month and complete it in a month’s time.

But it’s weird that a ruling party MLA has to stage a unique protest against the officials for developmental works. Are there more such places out across AP?