YCP MPs Fight In The Parliament 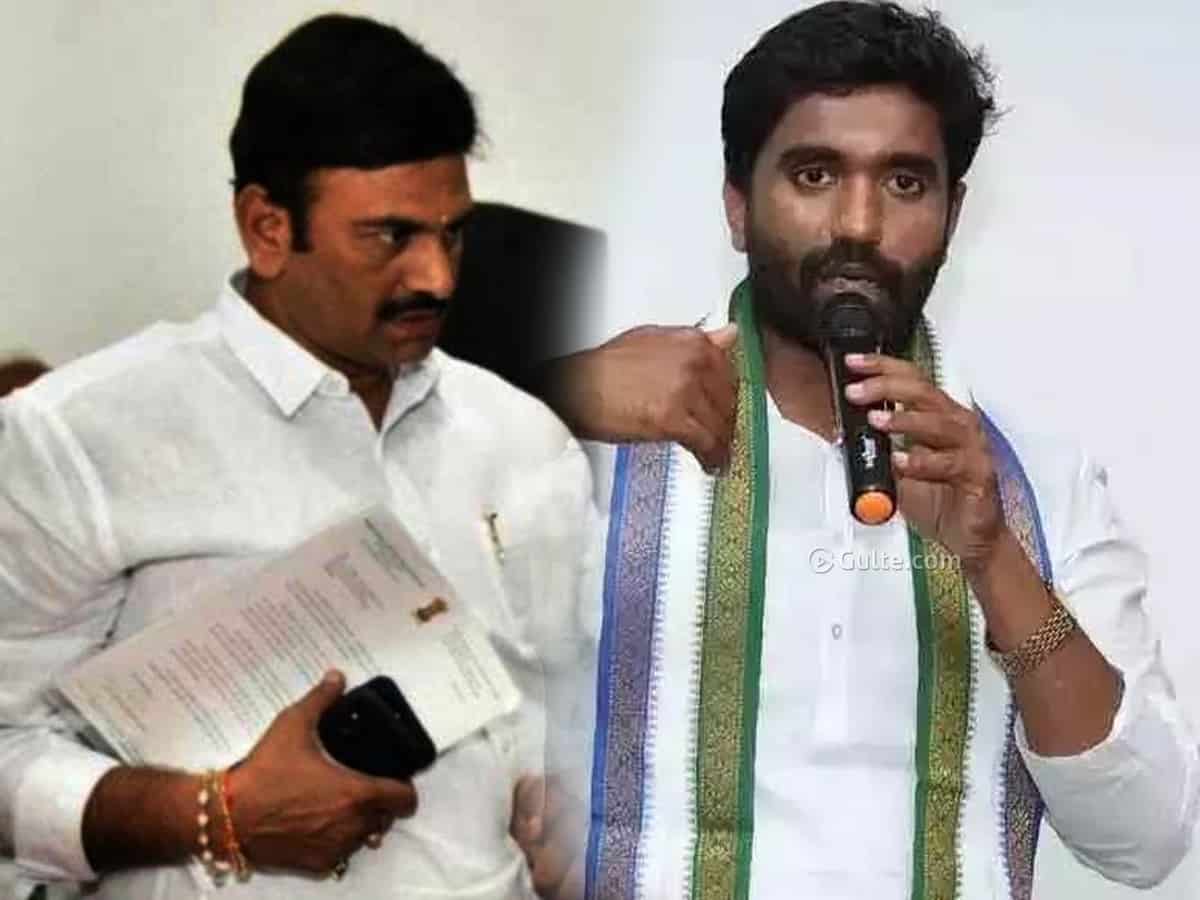 The rivalry between YCP rebel MP K. Raghu Ramakrishna Raju and other MPs of his party came into the open what with the former and Chief Minsiter Y.S. Jagan Mohan Reddy’s loyalist Margani Bharat Ram exchanging heated arguments in the Parliament itself. The YCP MPs fell short of exchanging fisticuffs which could have happened had they been beside each other.

With the Lok Sabha chairman giving permission to RRR to speak, the rebel MP raised the issue of several states drawing loans beyond their limit as pointed out by Union Minister for External Affair S. Jaishankar at yesterday’s meeting held with various state governments to make them know about the precautions to be taken to avoid a financial crisis similar to that in neighbouring Sri Lanka.

The rebel MP mentioned that he was not being allowed to visit his own Parliamentary constituency. The defiant MP continued to say that in Andhra Pradesh, his own state, the government was diverting funds supposed to reach the state exchequer to the AP Beverages Corporation.

Soon one of his party MPs, Margani Bharat, present in the Parliament raised the question if he has any knowledge about it. Expressing his frustration and irritation, RRR said that he has all the evidence regarding what he was speaking. “Why is he talking unnecessarily,” RRR asked pointing at Margani. Further, RRR said that state government in Andhra Pradesh has come up with Act 9/2022 wherein the income which is supposed to be deposited in the treasury is being diverted to the AP Beverages Corporation.

As Margani persistently asked if he has any evidence about the same, RRR fumed at the MP and shouted at him to ‘sit down’. Sensing that the tempers were running high and the MPs were likely to end up in uproarious scenes in the House, the Chairman asked RRR to address the chair and complete his submission.

RRR even tried to shield his face from Margani with his hand and said “I will look at you Sir (chairman) but not at them.” The YCP rebel MP continued speaking even when others raised their objection and said that the Corporation was further raising loans from the money deposited which has become an issue of concern to the Government of India. RRR said that he would submit all the details regarding the diversion of funds.