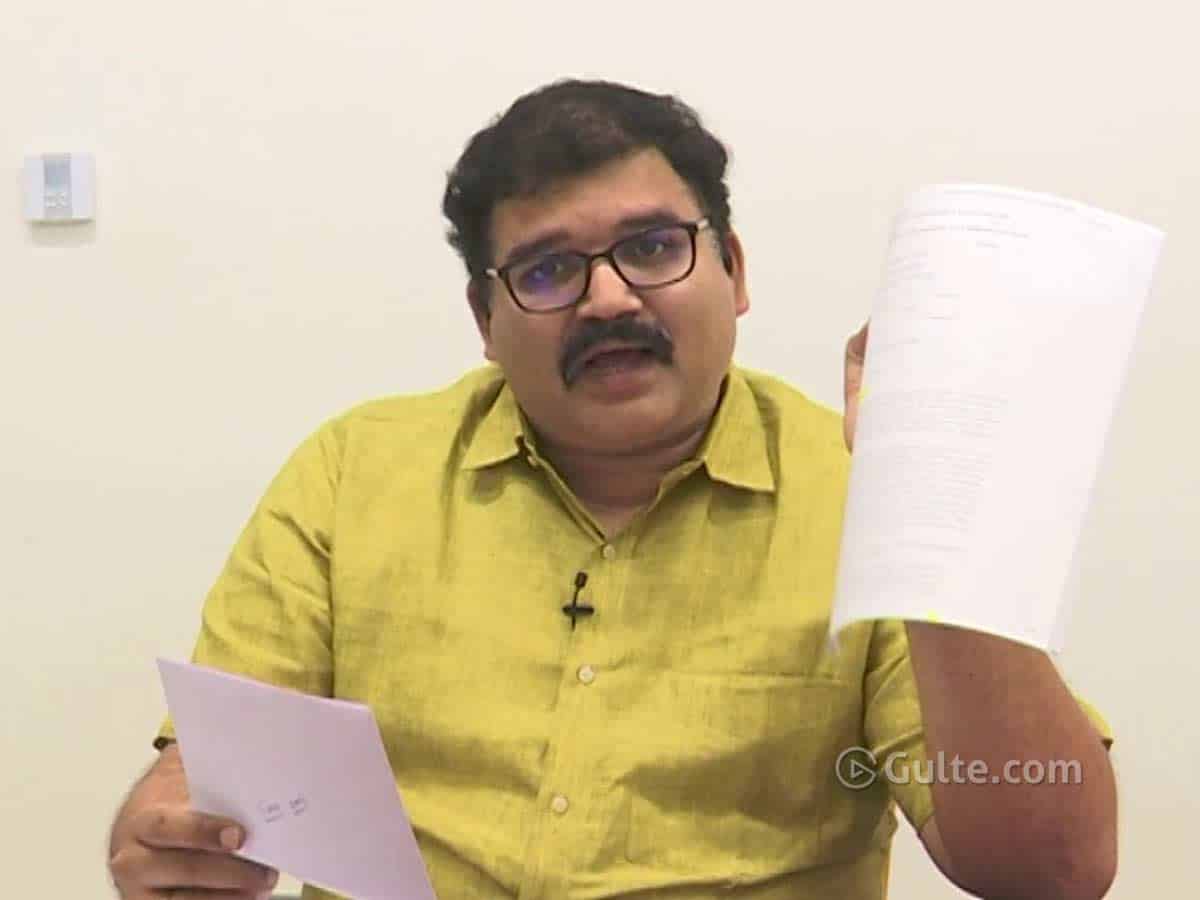 The opposition TDP fumed at the YCP government for presenting a skewed report to the Centre on the damage due to floods in Andhra Pradesh. Chief Minister Y.S. Jagan Mohan Reddy diverted all the disaster relief funds and hence, reduced the figures of the damage caused due to floods, the party said.

TDP spokesperson Pattabhi ridiculed the Jagan-led government for stating in its report to the National Disaster Management (NDM) that just 45 houses were completely damaged and that only 9 animals died in the recent floods, while the incessant rains led to floods of River Godavari and wreaked havoc in the state.

Comparing the YCP government’s report to that submitted by neighbouring Telangana, Pattabhi said it stated that as many as 703 houses were completely damaged while 14,155 were partially damaged and that 1,574 animals got washed away in the Godavari floods.

Does Jagan Reddy have any humanity in presenting the false figures to the state, he asked. Crop in nearly 60,000 acres was damaged as per the preliminary reports but Jagan said that crop in 26,000 acres, he pointed out.

How will Jagan know the real loss caused due to floods when you just hover around in the chopper, he questioned. Further, he alleged that the ministers visit the flood-affected areas before the CM’s visit and train the victims how to give replies when Jagan really questions them or interacts with them.

“At the same time, our leader N. Chandrababu Naidu visited all the flood-affected areas and tried to understand the ground reality.”

Through NDRF, the state received Rs 1,579 crore. These apart, the state needs to spent Rs 1,117 crore from its own treasury towards disaster relief.

The CM had not submitted a proper report on the floods but he throws a challenge to the opposition party that the state government is ready for an open debate on the relief works taken up during floods that occurred in the TDP rule.

“We are ready for it. Try to recollect the relief and rehabilitation measures taken up during Cyclones Titli and Hudhud,” he added.

“The TDP government gave all essentials to the affected families but your government had given just 4 tomatoes and 4 potatoes to each family now. The essentials distributed to the flood-hit by the YCP government had been all over the social media a few days ago,” he pointed out.