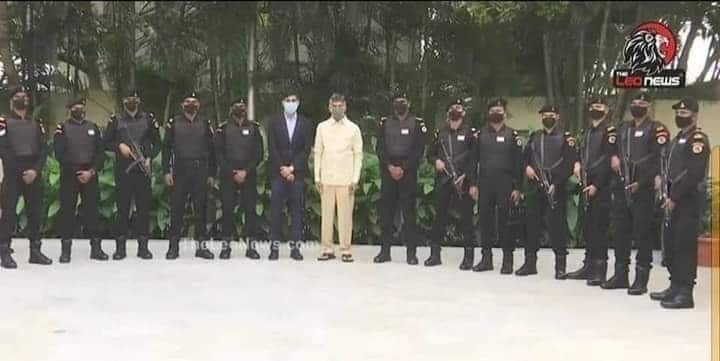 Following the clashes between the YCP and TDP cadre in Kuppam when the activists of both the parties fought over tearing of flexis erected by the parties, Opposition leader and TDP boss N. Chandrababu Naidu’s security cover has been upgraded from 4+4 NSG commandos to 6+6. It is learnt that the decision was taken based on reports by the Central Intelligence wing.

The Centre increased Naidu’s security with 12+12 commandos with immediate effect as orders were issued by the NSG DG. The DG himself inspected the Opposition leader’s residence in Amaravati and TDP office.

Naidu is on a tour in his native, Kuppam constituency, He is on a three-day tour and the incident occurred on the second day of his visit. A few TDP activists suffered injuries during the attack. Earlier, a DSP rank official used to monitor the security of the Opposition leader but henceforth, the commandos would function under the supervision of a DIG rank officer.

The YCP activists attacked the TDP men after they allegedly tore a flexi erected by the ruling party leaders and in retaliation, the YCP pulled down an Anna Canteen flexi of the TDP.