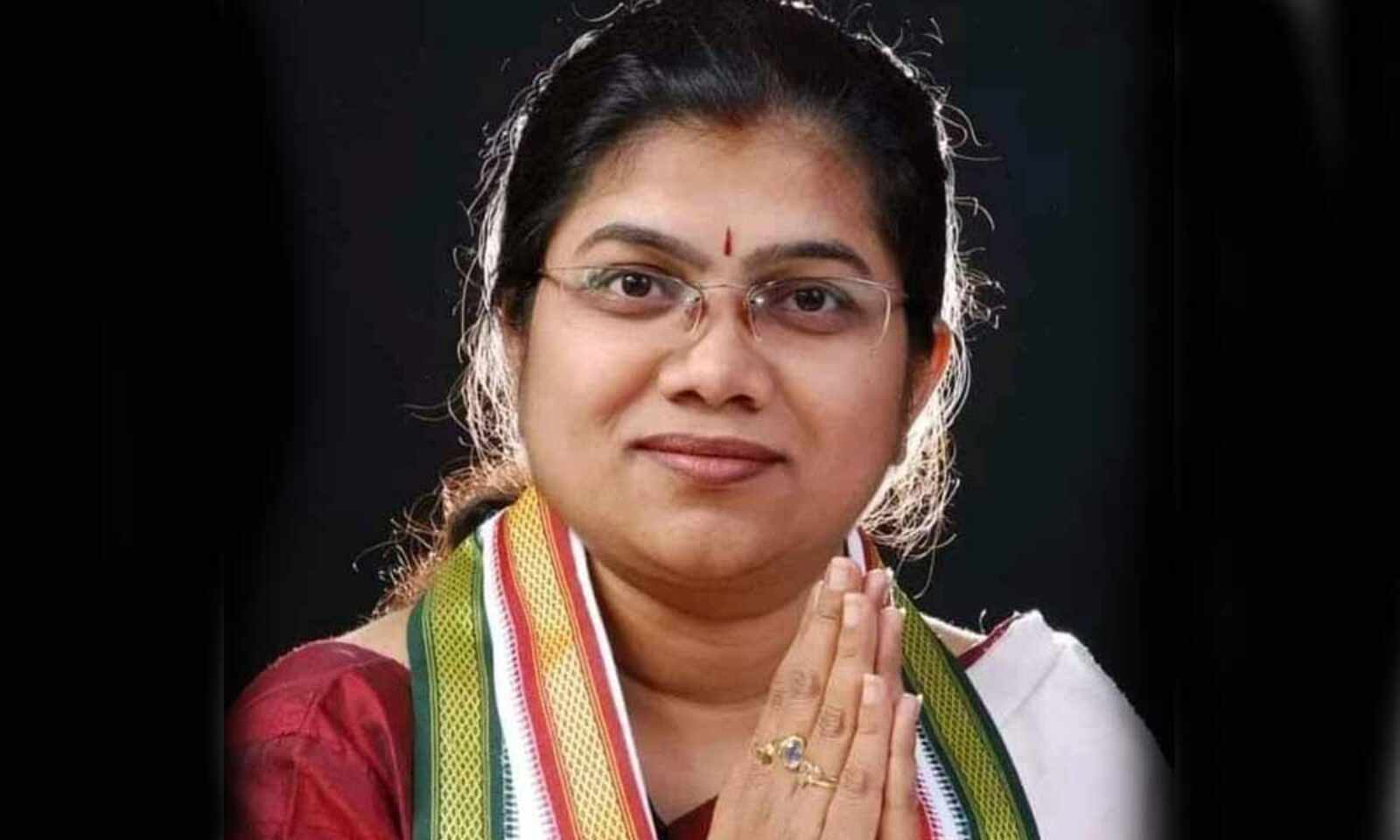 The AICC has officially announced their candidate for Munugode by-elections and it is Palvai Sravanthi. She is the daughter of late Palvai Govardhan Reddy who was a five time MLA from Munugode constituency.

From Telangana Congress, Challamalla Krishna Reddy, Palle Ravi Kumar and Kailash competed for the Munugode ticket but the Congress high command went with Sravanthi keeping her father’s political history in the constituency. The local Congress cadre have a soft corner for Sravanthi and taking this into cognisance, Sravanthi was picked by the AICC sources. Before finalising Sravanthi’s name, AICC had a word with T-PCC chief Revanth and CLP leader Bhatti Vikramarka too.

With Sravanthi getting the Munugode by-poll ticket, Krishna Reddy’s camp is seriously upset. The Congress high command is said to have informed T-Congress leadership to pacify Krishna Reddy and other aspirants. All the aspirants are now asked to work for the party’s victory in the by-elections since this could decide the fate of Congress in 2023 Assembly polls.

Sitting MLA Komati Reddy Rajgopal Reddy resigned and joined the BJP. Though the Election Commission did not announce the by-poll schedule yet, all the three major political parties i.e, BJP, Congress and TRS have already set their eyes on Munugode.