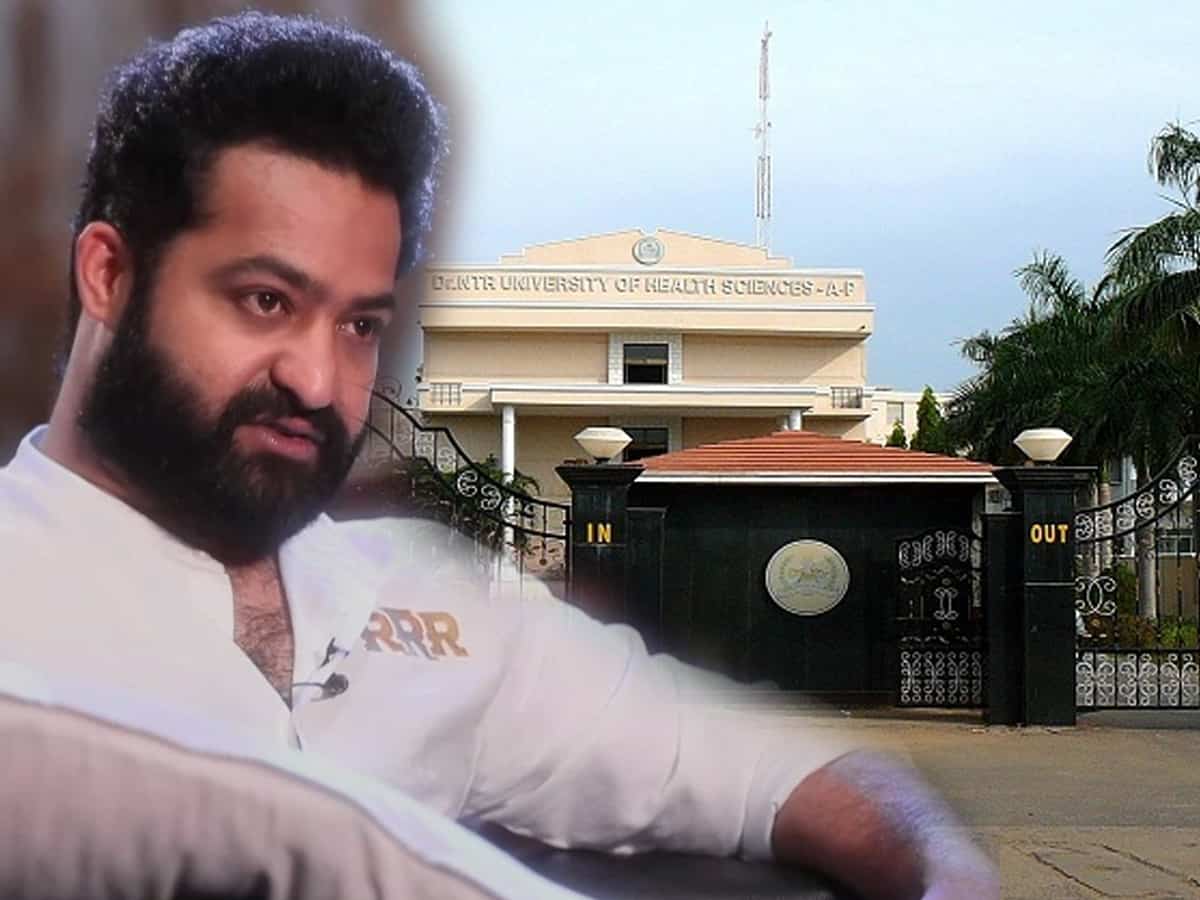 Andhra Pradesh government passed a bill in the Assembly to rename Dr. NTR University of Health Sciences (NTRUHS) as Dr. YSR University of Health Sciences (YSRUHS). The government’s move is widely criticized by the political leaders, media, and the common citizens of both the Telugu states. Joining the list of those who protested the move, Jr NTR took to his Twitter profile today to share his view.

“Both NTR and YSR are great leaders who have gained immense popularity. The respect brought by taking down one’s name and naming another one’s name does not raise the stature of YSR, and likewise, it does not lower the stature of NTR. Renaming the university cannot erase the fame NTR earned, and his memories in the hearts of the Telugu people,” tweeted NTR.

NTR played it safe by not taking any names. A lot of NTR’s fans wanted the actor to criticize this move of government badly.

On the work front, NTR was last seen in RRR. The actor’s next film is in the direction of Koratala Siva.